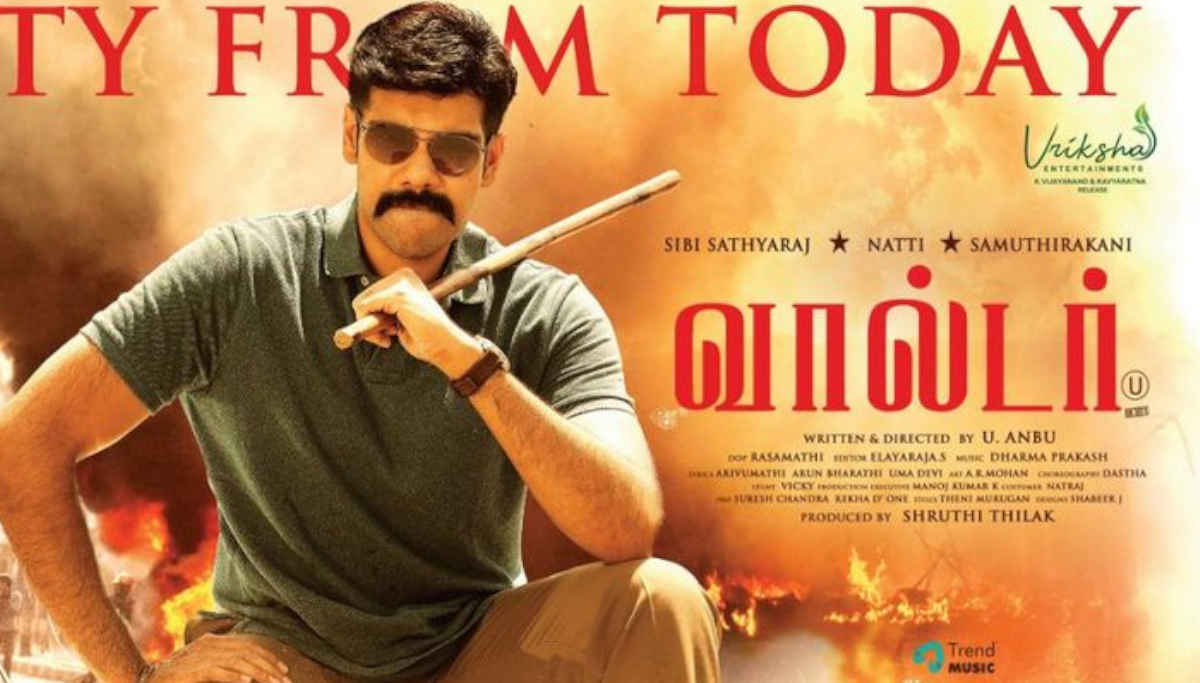 Walter's movie released today is not even near the 1993 Walter Vetrivel of Satyaraj. As per the tradition, the sons of yesteryear hero acting in one of the famous movie titles of their fathers, Sibi, has tried his luck with Walter. Though the story of cop finding the mystery of missing children in a town, is good on paper, the screenplay and the execution plays spoilsport in Walter. Debutant director U. Anbarasan has written a good story but, with a lack of directorial skills and also not writing a good screenplay, fails to impress the audience with Walter.

Sibi plays his role well to make his long wait after 2017 to come back strong. But not much for him to do but only showing his fitness and exemplary skills of a police assistant commissioner, he is not to blame for having a good come back. Even with Natty, Bava Chelladurai and Samuthrakani to keep the audience guessing who is behind the mystery of missing children, it is not well maintained. As usual, the female lead role played by Shirin Kanchiwala is only for the songs in the movie. Rythvika plays the cunning daughter of the minister and brings some twist to the Walter.

The storyline is that of Walter, played by Sibi being posted to Kumbakonam town to find out the mystery of missing children. The town has a minister who is also the MLA played by Bava Chelladurai, whom the chief minister wants to be replaced by his next in command. Natty comes in to help Samuthrakani to become the minister. In this melee in Kumbakonam, Sibi is finding out who is responsible for the missing children is the story.

Bankrolled by 11:11 productions with a modest budget of only four crores, this movie with little focus on the screenplay and execution could have yielded better collection for the long waited producer Shruthi Thilak. But with Sun TV acquiring the satellite rights for the movie to provide the right advertisements and with no other big competition, Walter may bring in the profits for the producer.