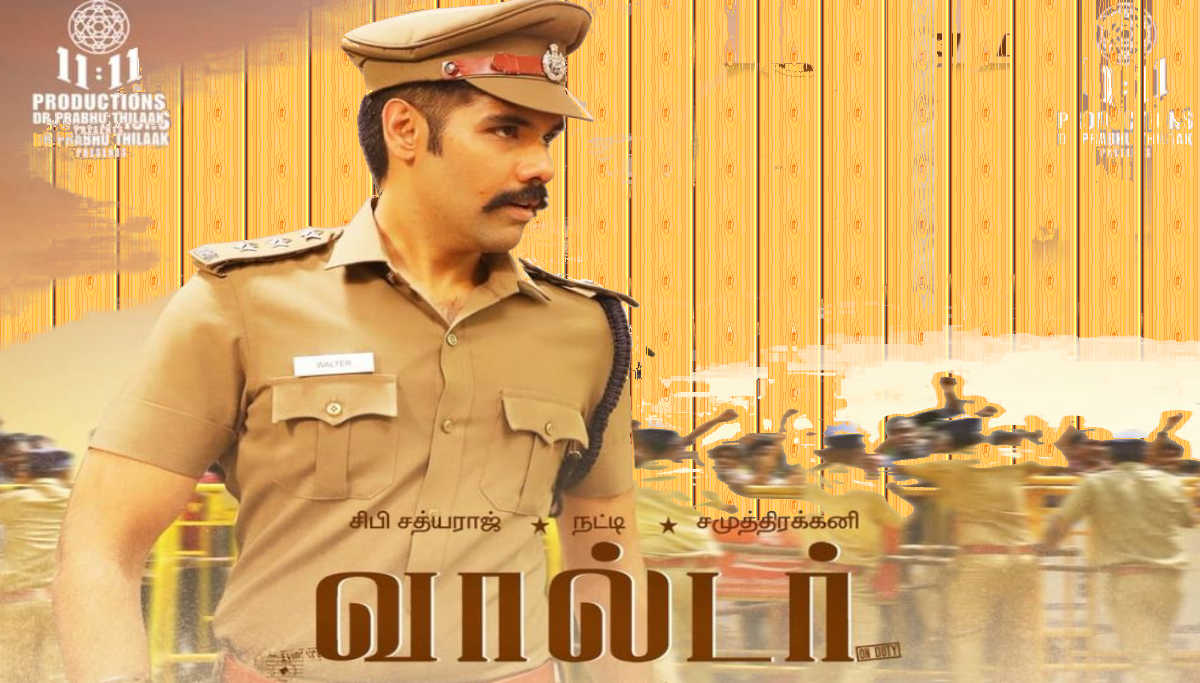 Walter Is All Set to Release on March 13

After a three years long gap, Sibi Sathyaraj backs in Kollywood via Walter. Kattapava Kaanom and Sathya are the two films last screened Sibi in theatres in 2017. Now, the Kattappa's real son takes avatar as a police officer in the upcoming thriller action drama Walter.

Walter movie directed by Anbu is produced under the banner of 11:11 productions by Shruthi Thilak. The movie co-stars Shirin Kanchwala, Natrajan Subramanian, Samuthirakani, and Yogi Babu in the lead roles.

As per the trailer, the film story clearly plots about the child missing and trafficking occurring infraction of hours around the State and nation. With regard to it, an emergency situation arises in the region, urging the need to find the hidden face behind missing children. There enters Sibi Sathyaraj as Walter, who takes charge and engages in the important crisis happening in the city and proceeds with a lead and police mind.

Sibi looks all fit and fabulous in the police dress up under the lens of Rasamathi. Dharma Prakash composes the film' s music. To be specific, Sibi Sathyaraj left his film mark in the last decade and begins his filmography again in 2020 via Walter.

Walter is all set to find the missing children in the silver screens from March 13. Witness the acting changeover of Sibi after ages in theatres from tomorrow.

Along with Walter, Harish Kalyan's Dharala Prabhu and Vikram Prabhu's Asuraguru has blocked the dates on the same day to do a healthy competition.