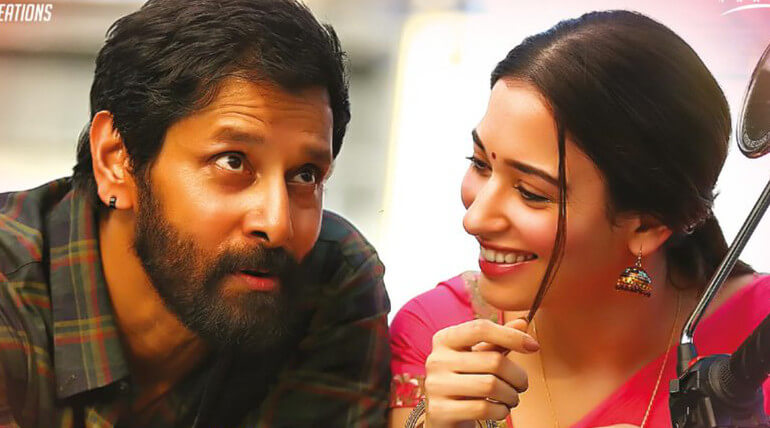 Vikram stars Sketch is confirmed as the Pongal treat for his fans and set to hit theatres on Jan 12th worldwide. Meantime the team had released the new teaser as promo. This seems to be an apt teaser for the situation. The movie had cleared censor with UA and ready for release.

There were rumours about the dispute between the distributors to release Sketch for V Creations. But this was cleared by reliable sources as not to believe in the rumours and the film is confirmed to release on Pongal.

The sources suspect that film would be high in action sequences. We hear there are shot of car clash in the narrow road of north Madras and harbour. The climax fight scenes is said to be one of the highlights of the film.  The movie is to have the grand release in Kerala through Maxlab in 200 theatres. IN Malaysia the distribution rights acquired by Malik Streams and releasing in 100+ locations.

Directed by Vijay Chander, Tamannaah is pairing with Vikram in this action entertainer. Thaman had tuned the music while Sukumar handled cinematography and Ruben edited it.

Vikram's movie is releasing in Pongal after the block buster Shankar directed "I" movie released grandly worldwide in almost 3000 screens in 2015.