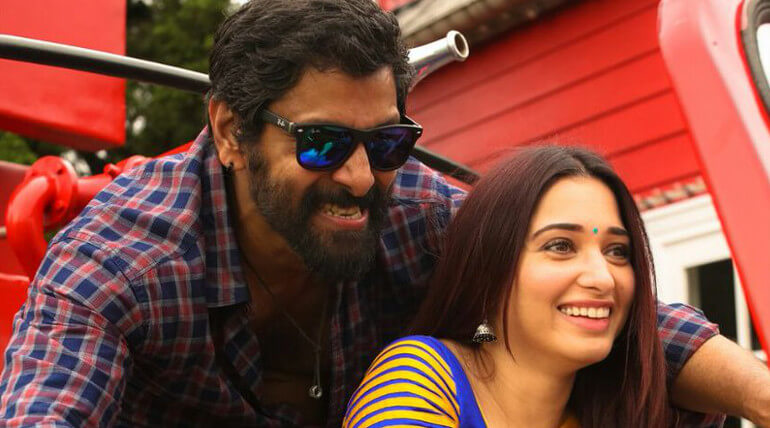 Vikram and Tamannaah Bhatia featuring Sketch is one of the most expected movies of the year. It is set as the Pongal festival release 2018 on Jan 12th Friday. Tne online booking can be made in official websites of Senthil Kumaran and Krithika Cinemas once it is confirmed and opened. Stay connected.

The movie has Tamannaah as Avantika, Sri Priyanka as Priya, Soori as Parotta, Radharavi as Ravi, Vela Ramamoorthy as Rama and R. K. Suresh as Pandy. Directed by Vijay Chander and produced by S Thanu under V Creations the film has SS Thaman music, Sukumar cinematography and Ruben cuts. The single track tuned by Thaman and the teaser earned warm responses from audience.

Meanwhile Suriya's Thaana Serndha Koottam is releasing on the same day and expected to have severe and healthy clashes.