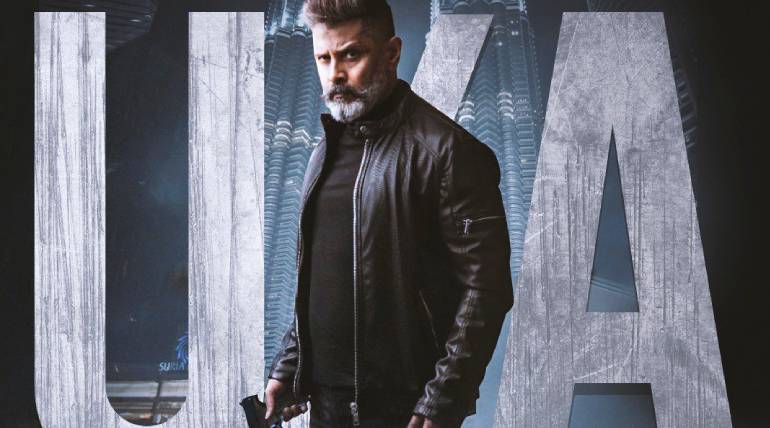 Raaj Kamal International Films and Trident Arts jointly produced Vikram starring action entertainer Kadaram Kondan has been censored with U/A. It is all set to hit theatres next Friday on 19th July.

After Saamy Square last year, the multi-talented actor Vikram is back onscreen with this movie which is directed by Rajesh M Selva of Thoongavanam fame.

The movie has Abi Hassan and Akshara Haasan as a young pair. Abi Hassan is the younger son of well-versed actor Nasser. He is making his debut in this film. The film also casts Jasmine Kaar, Lena, Vikas and many more in supporting roles.

The two singles had been released and well received. Vikram will be seen as a paramilitary commando character KK. The film is releasing in Telugu as dubbed version titled Mister KK.

The actor gets a stylish role and getup in this film. Vikram's long-awaited Dhruva Nachathiram directed by Gautham Vasudev Menon is getting late. His character in Dhruva is much expected by the audience after the release of his stills.

Kadaram Kondan also has the same craze for the Vikram's character. Hope his fans get the good treat this time.