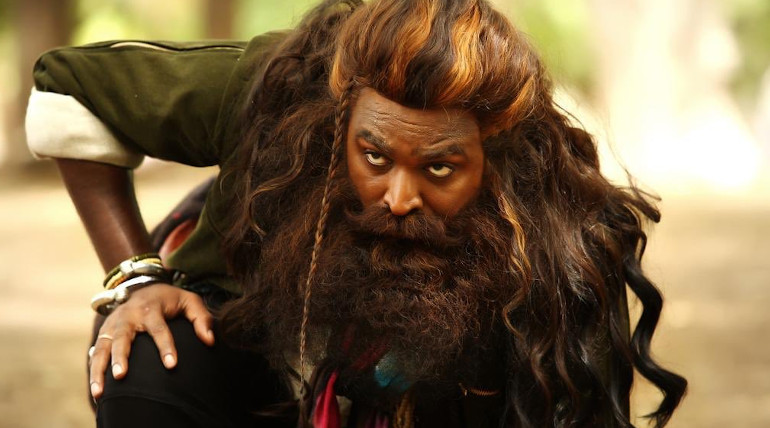 Vijay Sethupathi who has a sequence of movies for release has come up with his new movie titled Laabam with the stunning first look. It is being directed by SP Jananathan and the actor is teaming up with this director for the second time after 2015 release Purampokku Engira Podhuvudamai. Sethupathi is now sharing screen space with Shruti Haasan for the first time.

The first look comes with the tag line "daylight robbery" where Makkal Selvan is seen in the shocking getup. The movie is produced by 'Oru Nalla Naal Paathu Solren' director Arumuga Kumar and Vijay Sethupathi's VSP Productions. Imman is tuning the music and Jagapati Babu is playing the key role in it.

Vijay Sethupathi looks with thick long bearded and long haired. It is said the actor is doing the action hero named Pakkiri playing the role of social activist and head of farmer union. Shruti Haasan will be seen as Sri Ranjani who has a passion for music and travel. The movie also has Kalaiyarasan and Harish Uthaman in supporting roles. Makkal Selvan's Sindhubadh after a delay it is being released today.