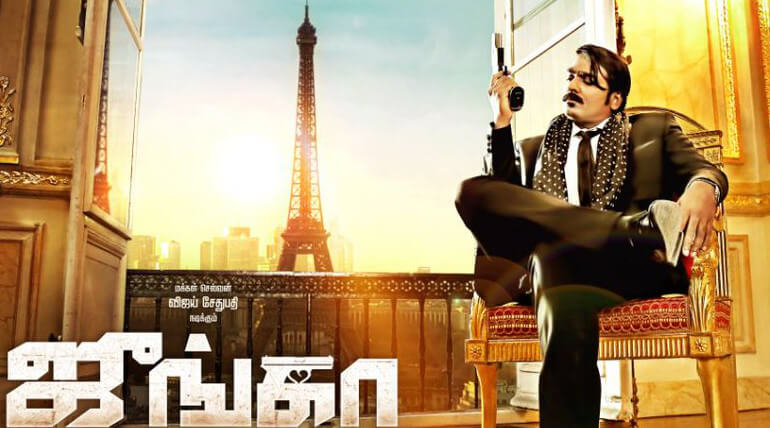 Vijay Sethupathi's Junga movie first look teaser is set to be launched in grand Natchathira Vizha event that will be held as three days events from Jan 4th to Jan 6th at Malaysia. Makkal Selvan is coming with 2 surprise treat for his fans on the same day.

His Oru Nalla Naal Paarthu Solren's audio and Junga first look teaser will be released on Jan 6th. All south Indian film celebrities including superstars are attending the event.

Junga has Sayyeshaa and Neha Sharma in the female lead roles while Yogi Babu will be seen in comedian role in it. Sidharth Vipin is scoring music and cinematography is handled by Dudley. The movie is produced by Vijay Sethupathi associated with Arun Pandian.

The grand Natchathira Vizha 2018 is organised by South Indian Artists Association and managed by MyEvents International that will be held at Stadium National Bukit Jalil in Kuala Lumpur. The event is also to witness Vishal's Irumbu Thirai audio launch and his Sandakozhi 2 first look on Jan 6th. Vijay Sethupathi's stylish first look poster of Junga is here.