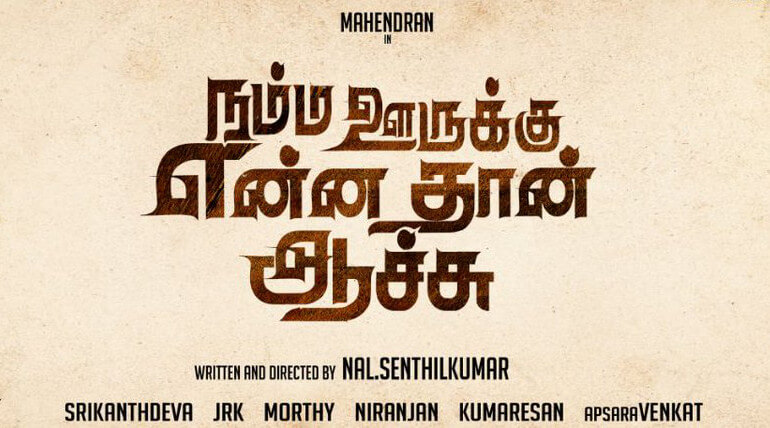 Mahendran who appeared as a child artist in more than 100 films had turned as lead hero in Vizha in 2013 which received positive reviews. The actor is back with his 2nd film Ranga Raatinam will is being directed Sundran.

After this comedy entertainer, Mahendran's next is titled "Namma Ooruku Ennadhan Aachu". The titled was revealed by director Venkat Prabhu and actor Premgi Amaren on their twitter handle. The title is very catchy which suits for the present situation.

Actor Arya wished Mahendran and said he loved the title of his film. Arya shared "All the best darling loved ur title darling U could have called me also".

Mahendran as a child artist had worked in six languages and won Tamil Nadu State Award 2 times for his best acting for 'Thaikulame Thaikulame' in 1995 and 'Kumbakonam Gopalu' released in 1997. He had also won Nandi Award 2 times for Devi (1999) and Little Hearts (2001).

Namma Ooruku Ennadhan Aachu is written and directed by Nal Senthilkumar and to be produced by G Arulkumar under the banner GS Arts. The movie commenced on floor today.