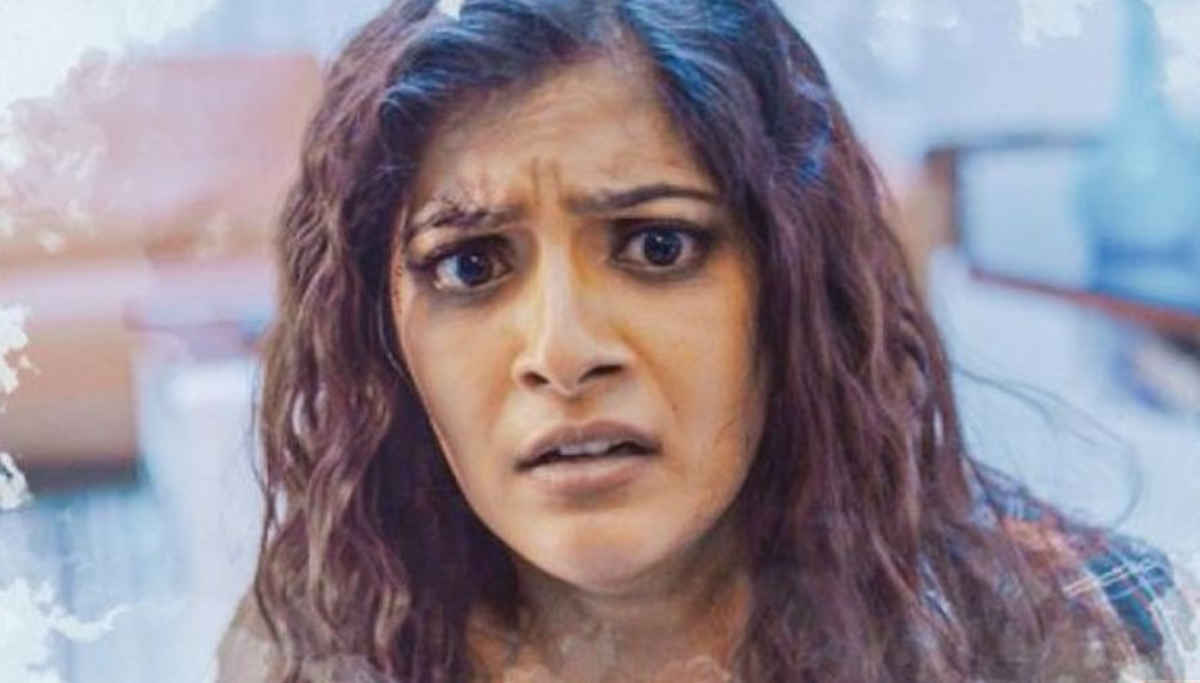 Velvet Nagaram, at last, is on the big screen today. This average murder mystery movie by the debutant director and writer Manojkumar Natarajan is a  watchable one. Varalaxshmi Sarathkumar plays the lead role and does it well all through the film. Said to be based on a true story, Velvet Nagaram has good BGM, splendid stunt scenes, good cinematography, excellent acting by most of the artists, but lacks in the screenplay and without an airtight plot for such murder mystery movies.

Completed shooting long back in 2018, the movie has seen the light of the day only today. Bankrolled by production house Makers studio, its producer Arun Karthick has succeeded in releasing it today. And his faith in the debutant director Manojkumar is justified by the way he has tried his best to make the movie good on the big screen. But the guessable storyline without a proper plot, makes this murder mystery wither out from being an excellent movie.

The story is about people in a tribal village who are moved out of it, and an actress and social activist played by Kasthuri as their only savior.  But she gets killed, and her friend and journalist Varalaxshmi, unearthing on who is behind the murder, is the story. Though the stunt scenes starting right before the interval are done well by Dinesh master, it frizzles out due to its longevity. BGM by Saran Ragavan keeps the mystery, and Bagath Kumar, with some fantastic visuals, helps the movie.

Being a debutant director and with no big star cast or a huge budget, Manojkumar Natarajan has done a good job of making an average murder mystery movie in Velvet Nagaram.  It is sure a one-time watch for all.