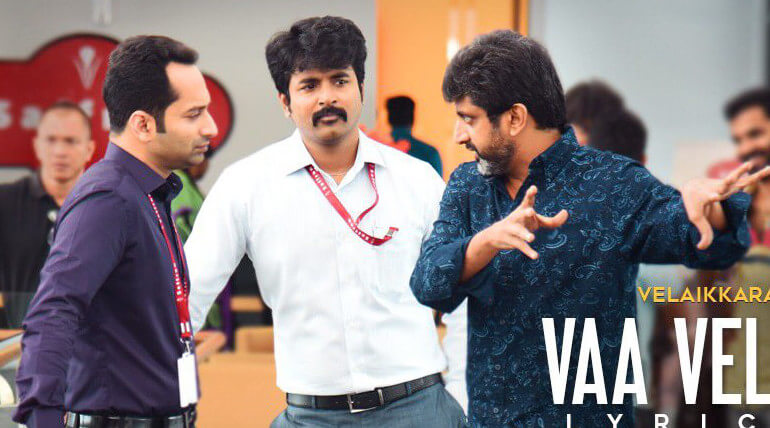 The new poster shows director Mohanraja working still with Sivakarthikeyan and Fahadh Faasil. It seems he is explaining an important sequence in the scene to Fahadh. Lyricist Viveka had penned all songs except 'Idhayane' that was written by Madhan Karky.

Anirudh Ravichander again proved his music skill in all the songs of the film. His BGM for Siva in this movie has high anticipation. The movie has huge star casts including Nayanthara pairing with Siva for the first time. It has Sneha, Prakash Raj, RJ Balaji, Sathisj, Vijay Vasanth, Thambi Ramaiah, Vinithini, Robo Shankar and many others.

Ezhu Velaikkara making and lyric video was released few days before and has been mass hit among audience. The movie got U from censor board and ready to hit theatres on Dec 22nd.