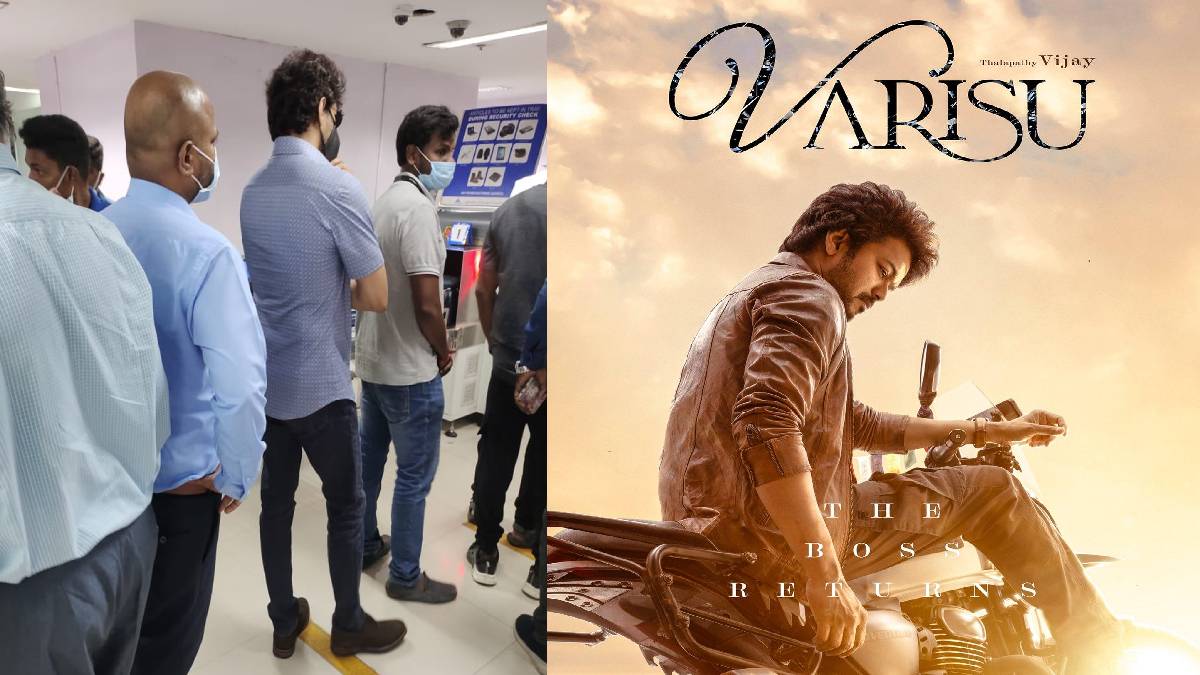 Actor Vijay is currently acting in his 66th film directed by Vamshi Paidipally. Thalapathy 66 is titled 'Varisu'. Dil Raju produces the movie, which is being made in Tamil-Telugu bilingual.

Varisu stars Rashmika Mandana in the female lead role, actor Vijay, Prakash Raj and Sarathkumar in pivotal roles. Prabhu, Jayasudha, Sham, Telugu actor Srikanth and Yogi Babu are acting along with them. Varisu is said to be a feel-good film full of action, mass and good songs as it is a story based on family relationships. This film has a huge expectation as the Master movie didn't satisfy most of his fans.

While the shooting of Varisu has been going on in Hyderabad for the past three months, the next phase of its shooting will begin in Visakhapatnam from today. For this, the video of Vijay arriving at Visakhapatnam airport and the pictures of him standing in the queue go viral on Twitter.