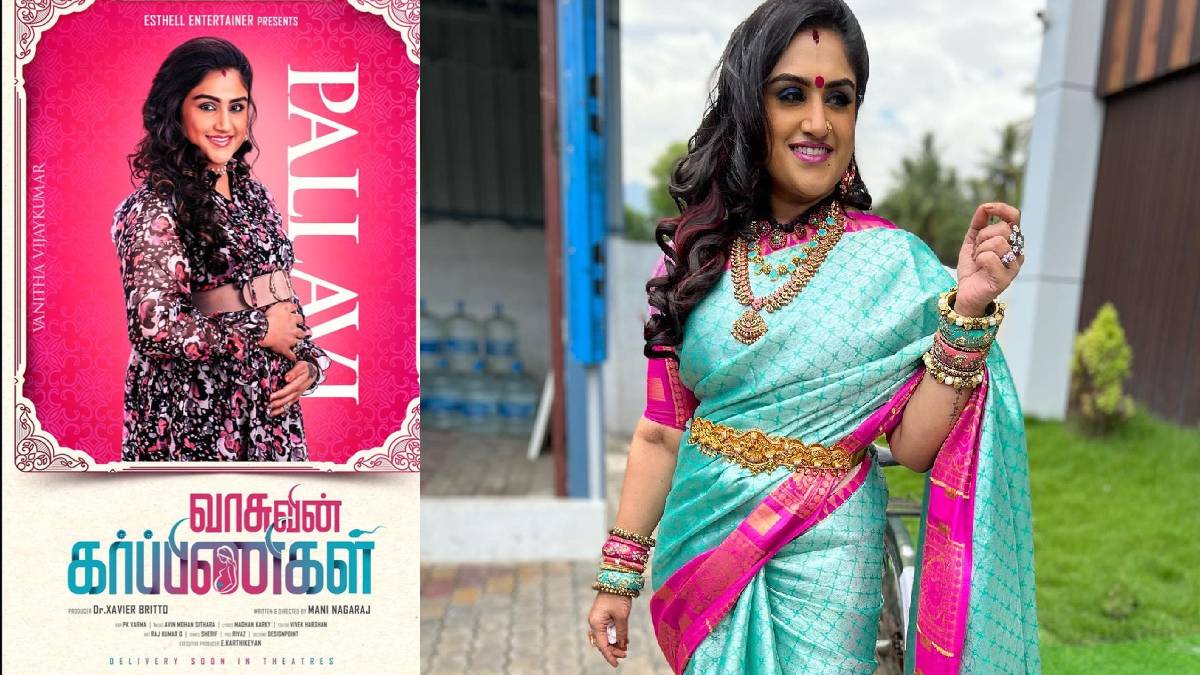 The photo of actress Vanitha being pregnant has gone viral on her Instagram. Xavier Britto, who produced Vijay's Master, is producing a vasuvum karpanaigal movie. The shooting of this film is in full swing. The poster of this movie was released recently.

A few days back, the First Look poster starring Anikha Surendran, Vanitha Vijayakumar and Sita being pregnant in the 'Vasuvum Karpanaigal' went viral. The film also stars Gopinath, a presenter on Vijay TV's popular 'Neeya Naana'. He is doing the role of a doctor in this movie.

In this situation, the poster about Vanitha's character in the movie 'Vasuvum Karpanaigal' has gone viral. In this film, actress Vanitha plays the character of 'Pallavi'. In this poster, she has posed as if she is pregnant. Actress Vanitha's viral photo on her Instagram page has gone viral on social media. When her fans saw that poster, most thought she was pregnant.