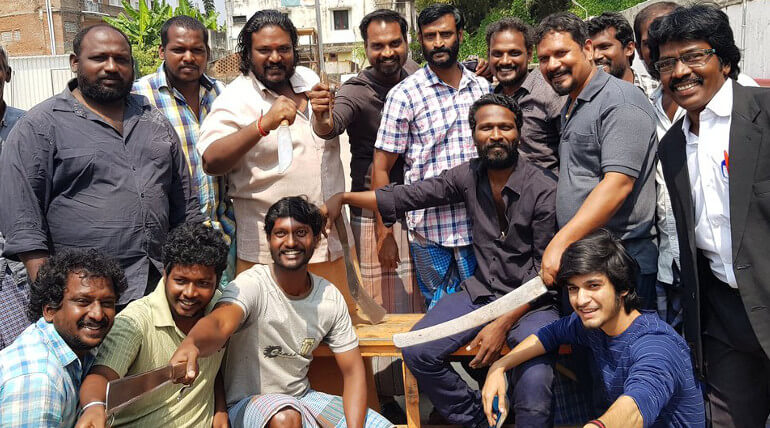 The trilogy gangster drama Vada Chennai team had finally wrapped up the first part today. The stills of National Award winning director Vetrimaaran is posing as a gangster with the sharp weapon along with this crew members, is revealed on the social media page.

The movie is set at the backdrop of 1980s where Samuthirakani, Ameer, Daniel Balaji, Kishore are seen in pivotal roles. Aishwarya Rajesh and Andrea Jeremiah are two female leads while Karunas, Pawan, Subramaniam Siva, Cheenu Mohan Daniel Annie Pope are among the casts in the film.

The story tells about the man's 3 different stages of his life, almost 35 years of life journey. Dhanush, the lead actor of the drama will be sporting multiple make over for this film. The team had planned to move on to next part after the release responses for this film. The first look of the movie can be expected in this month end. The film is being jointly produced by Dhanush's Wunderbar Films and Lyca Productions.

The major parts of the film were shot at Royapuram. Dhanush wrapped up his part earlier and is currently working for Balaji Mohan's Maari 2. Soon after completing Maari 2 he is likely to take off his 2nd directorial venture which will be produced by Thenandal Studios. Dhanush - Karthik Subbaraj long announced project is also to take of from mid of this year. 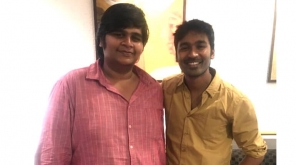