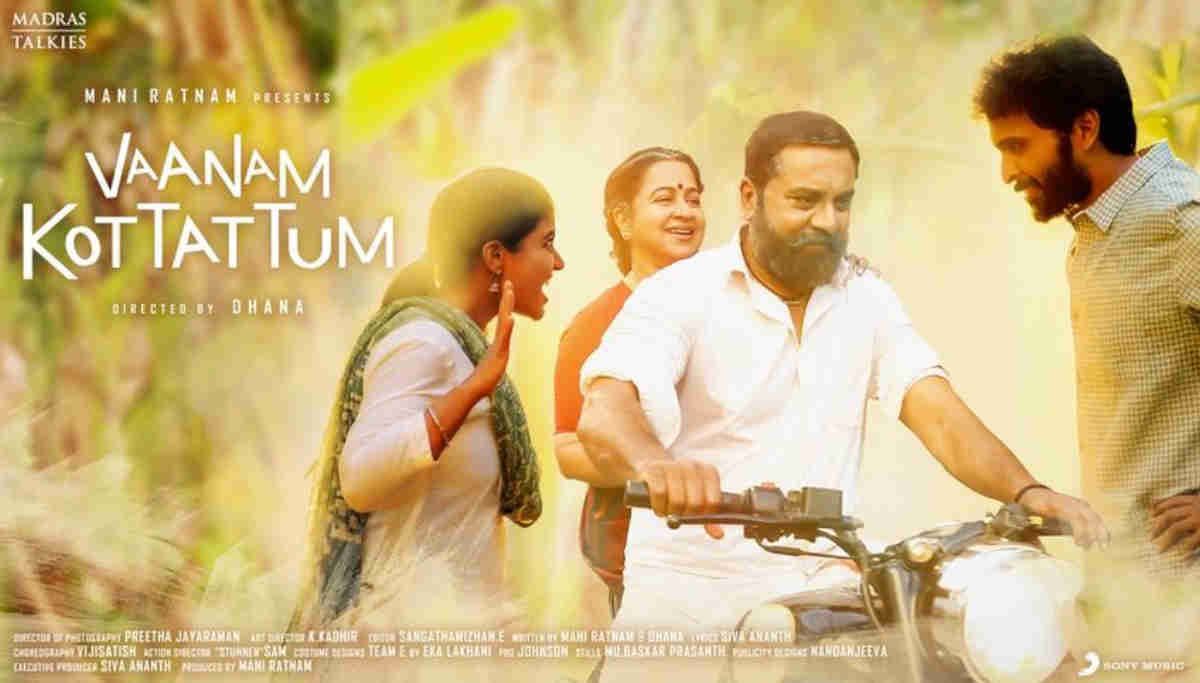 Vaanam Kottattum is an upcoming multistarrer movie starring Sarathkumar, Raadhika, Shanthanu, Vikram Prabhu, Aishwarya Rajesh, and Madonna Sebastian in the lead roles. Directed by Padaiveeran fame DhanaSekaran, Vaanam Kottattum is a family entertainer produced under the banner of Manirathnam's Madras Talkies. To be noted, Mani Ratnam produces another directorial film after 17 years under his banner.

The film, co-produced by Mani Ratnam and Lyca Productions, will hit the screens on February 7th. Singer Sid Sriram debuts as the music composer. Apart from the first look, teaser, trailer, and songs as promotional factors, nowadays Moviebuff's sneak peek is one much expected promotional myth where the video covers the flick's intriguing part a few days before the big-screen release. Likewise, this week sneak peek knocks the people with Vaanam Kottattum's deep emotional carryover by Sarathkumar and Raadhika.

Expectations for the film have been increased as the songs and trailers have already been released. The film crew has released a 2-minute sneak peek video featuring both Sarathkumar and Radhika Sarathkumar.

The off-screen couple shares screen space in off-screen after many years. Witnessing their performance in the sneak peek-1 will undoubtedly take the audiences to the theatre screens. Radhika writes letters regularly to her husband in jail. Sarathkumar has a great deal of guilt about leaving his family and whether his son and daughter would accept him after prison life. Thus comes a verse that Sarathkumar tells Radhika as you should be the umbilical cord that connects children and me.

The movie is set to hit the screens on February 7th. Let us wait and see if the film is making a profit in the cinema and the praise from the fans.