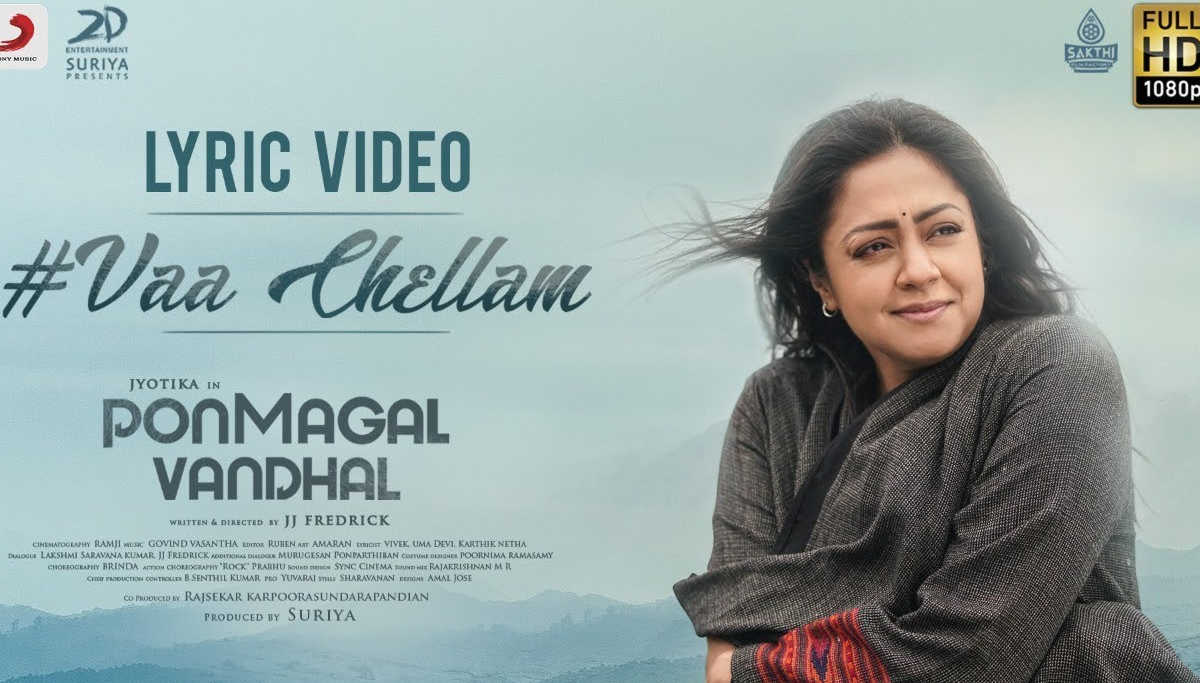 Bankrolled by Suriya Sivakumar under the banner of 2D entertainment, Ponmagal Vandhal is a commercial Tamil language film. Right after the release of the First Look, the team has come up with the song Vaa Chellam composed by 96 music director Govind Vasantha.

The song Vaa Chellam is vocal-led by Brindhaa Sivakumar, and 2D leaked the video as a tribute for the singer's birthday. Brindha sang this wonderful rendition for her sister in law's upcoming under brother Surya's production, and undoubtedly Suriya celebrates his women of life in every possible manner to the world.

Lyricist Vivek has penned Ponmagal Vandhal's first single track Vaa Chellam song.Jyothika depicts as a lawyer in her upcoming movie, and the first song released today looks all soothing to the ears with Govind Vasantha's melody. To be specific, Brindha's rendition makes Vaa Chellam as a loop song for the music freaks.

The song video represents the mother's love for the children, and Jyothika teaches girls about Good touch and Bad touch in the 2.30 run time video of Vaa Chellam.

After hitting the silver screens via Ratchasi, Jackpot, and Thambi in 2019, the chubby actress is all set to round the theatres this March 27, 2020, via Ponmagal Vandhal movie.