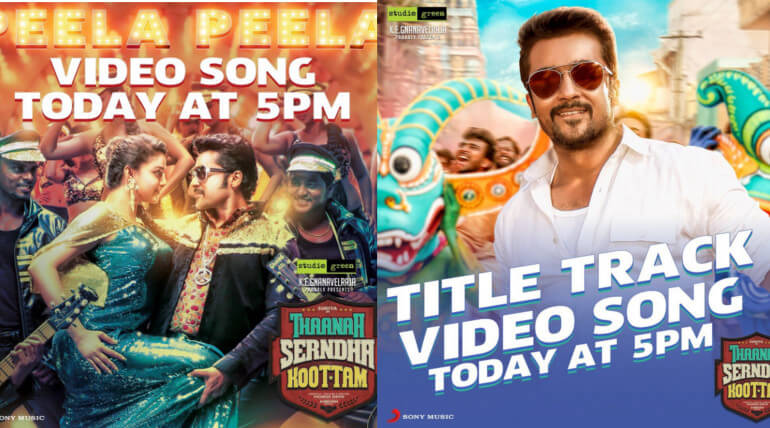 As a promotional aid, TSK team is keeping on releasing the video of all songs. They have already released the sensational hit Sodukku and Naana Thaana, now they have released 'title track' and 'Peela Peela' video songs.

It is now trending on the net. The movie had received great reviews and overwhelming support from audience. Producer Gnanavelraja of Studio Green is happy about the movie box-office collections over the Pongal week end. Vignesh Shivn directed the movie in a fresh way though it is a remake of the super hit Hindi movie Special 26.

Vignesh Shivn, who does not want to do remake films and believes in his creativity had done promising remake that satisfied Suriya and his fans. His next plan is to direct Sivakarthikeyan for Studio Green and the scripting works are in full swing.

Suriya had started rolling for his next with Selvaraghavan which is known as Suriya 36. Produced by Dream Warrior Pictures, the movie will have Yuvan's music and Sai Pallavi in female lead.

Vignesh Shivn in a recent interview said there was no situation for Peela Peela song and asked himself why he should add this song without necessary. Anirudh and himself finally planned to kept the song as the fun and jolly song which is now accepted by audience very well.