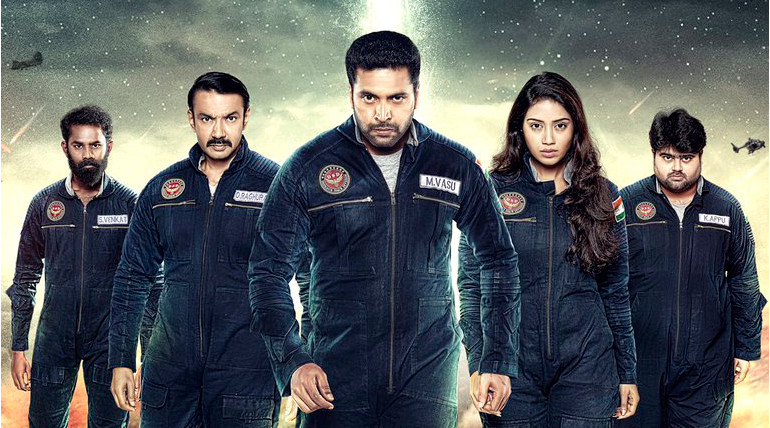 Ravi's son Arav is making debut in this film. The film is touted to be India's first space thriller that features Aaron Aziz, Nivetha Pethuraj, Jayaprakash, Ramesh Thilak, Vincent Asokan and Arjunan in key roles. D Imman teamed up with director again after the chart buster of his previous Miruthan's music.

The team might be coming up with trailer date or the release date of the film. We have to wait until evening for official word. Nemichand Jhabak is producing the project.

It is all about trailer date. Trailer will be releasing on Nov 24th. Jayam Ravi had announced it at his social media page.