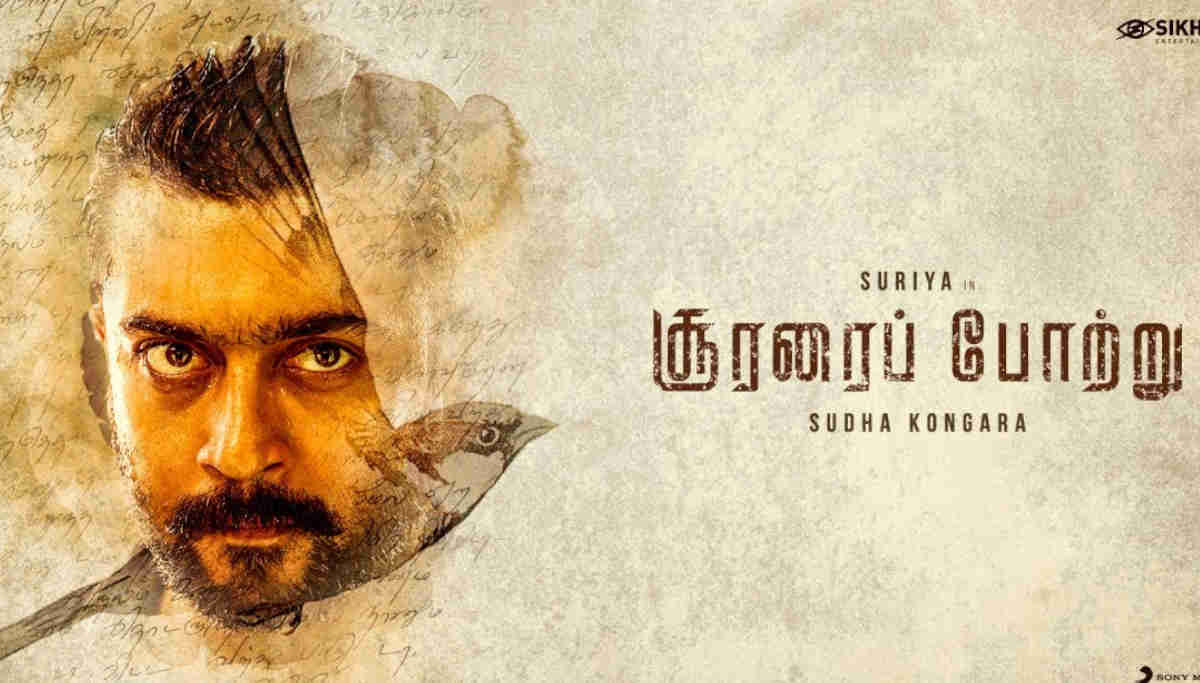 Soorarai Pottru Third Single will be a raw folk dance themed: Soorarai Pottru, directed by Irudhi Suttru fame Sudha Kongara is gearing up for the April release in all means. After succeeding in the final shoot, producers of 2D entertainment and Sikhiya Entertainment are intensely immersed in the post-production process. As a result, Suriya starring Soorarai Pottru team revealed the look, theme song, and a romantic blockbuster song one after the other interestingly.

Now, the Veyyon Silli composer G.V. Prakash Kumar after mesmerizing with the classic romantic number last week in association with Spice Jet, came with a twitter update. Yes, G.V. tweeted this morning as "Soorarai Pottru's third single will be a raw folk dance song with updates related to it to be made soon."

Both the pre-released Maara Theme rap drafted by Arivu and Veyyon Silli penned by Vivek along with vocal-led by Harish Sivaramakrishnan under the label of Sony Music Entertainment is already hitting the chartbusters. And the Sony Music celebrates the Soorarai Pottru song in every possible means of social media by addressing and reposting the musically fans to bring the best romance out of brave and bold Veyyon Silli.

Spice Jet's association and Veyyon Silli song release on air along with 100 children is a huge success story of the Soorarai Pottru team as a tribute to G.R.Gopinath. Yes, to all who are not aware of the facts, it is the ex-military officer Gopinath's wish to make the unaffordable people fly, and that's how Air Deccan emerged.

Now, the biography hero who disguises as Gopinath in the silver screen via Soorarai Pottru fulfilled the wish by releasing the Veyyon Silli song in the unreachable heights of some souls.

Soorarai Pottru is an upcoming Tamil language film starring Suriya Sivakumar to portray the true events that happened in the life of Air Deccan founder G.R.Gopinath.Sikhya Entertainment jointly produces the film. The film is all set to go on floors this April 9, 2020, in all South Indian languages in Tamil as Soorarai Pottru, Telugu as Aakaasam Nee Haddhu Ra, and also dubbed in Kannada.

Aparna Balamurali pairs Suriya Sivakumar in the action drama Soorarai Pottru along with co-stars Kaali Venkat, Karunaas, and Paresh Rawal. The bold actress look grasped her attention from the fans in Veyyon Silli and don't miss to witness the G.R.Gopinath's life history via Suriya and Aparna in theatres.