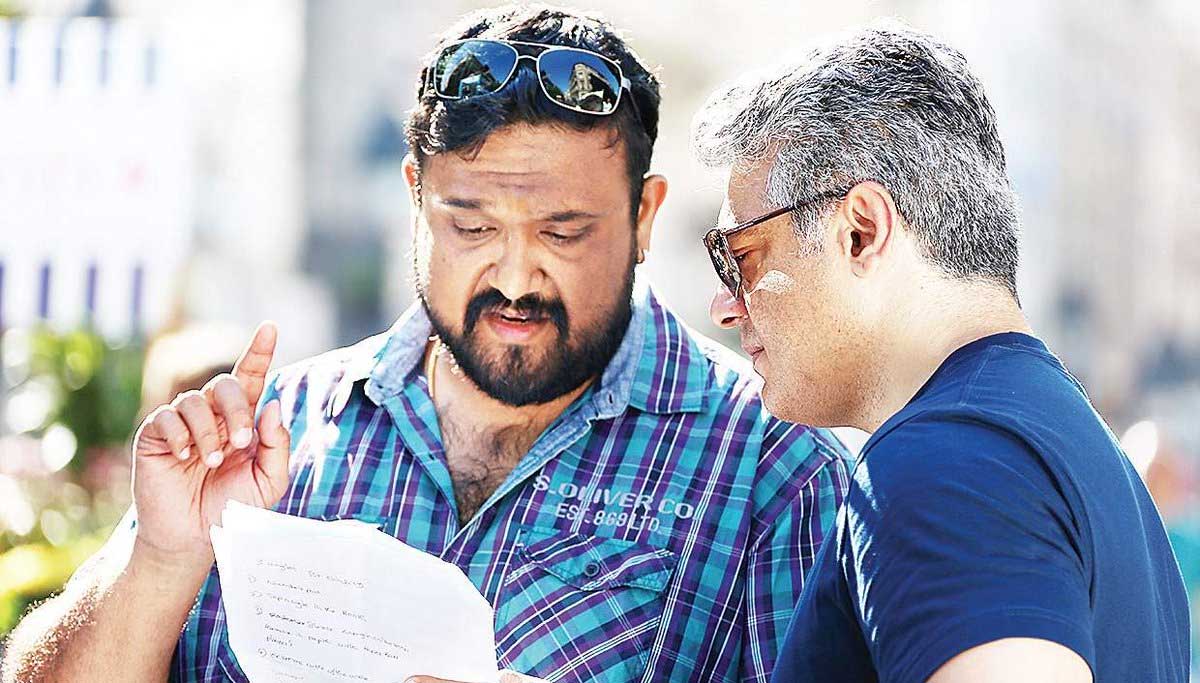 Thala Ajith is to act with Rajinikanth in Annaatthe

Bankrolled by Kalanithi Maaran under the banner of Sun Pictures, the production house takes the Thalaivar 168 movie bigger every day in all means. From intriguing boarding cast to the sets to the title, everything is no less in a mass factor. The title of Thalaivar 168 has been revealed by the film crew a day before as 'Annaatthe,' and it remembers the 'Annatthe Adurar Othiko Othiko' song immediately after hearing the title.

Despite all, rumors roll out in the Kollywood fire fully as Thala Ajith will be doing a cameo role in Thalaivar Rajinikanth's Annaatthe movie. What an unseen moment in Tamil cinema! If the rumors flying around becomes true, then Siruthai Shiva Annathey will gross box office without any post-production process; that's how the source of Ajith in Annatthe feels among the audiences.

Sources reveal that Sun Pictures producing Annatthe has now approached Thala Ajith for doing a cameo role in the upcoming Siruthai Shiva's project starring Rajinikanth as the main male lead. Annaatthe seems to be a powerful village story that requires a strong cameo male lead to fulfill the character. This is the reason behind Kalanithi Maran's Sun Pictures to approach Thala Ajith.

Adding the job easy, Thalaivar 168 is from Siruthai Shiva directorial. Ajith and Siruthai Shiva had already made four back to back blockbusters in Kollywood. Rajinikanth and Ajith's personal relationship is unseen through cameras, and chances for Thala to turn down this cameo approach looks less overall.

No Official Statement Yet:

But the crew has not made any statement officially about it. Is it true that Ajith will be starring alongside Rajini in Annaathe? Fans have begged for a quick reassurance. There is no denying that if Ajith and Rajini were to co-star in the film, it would be a great mass.

Annaathe has already boarded with many celebrities like Khushboo, Meena, Prakash Raj, Nayanthara Kurian, Keerthy Suresh, Soori, and Sathish Krishnan co-starring alongside Thalaivar Rajinikanth. Now the news flies with one more add up to the crew. But the rumor is big, and if it's true, Thala Ajith will be on board in Siruthai Shiva's Annaatthe. Hope the biggies of Kollywood share the screen space together, making a lifetime memorable 2020 on the big screens.