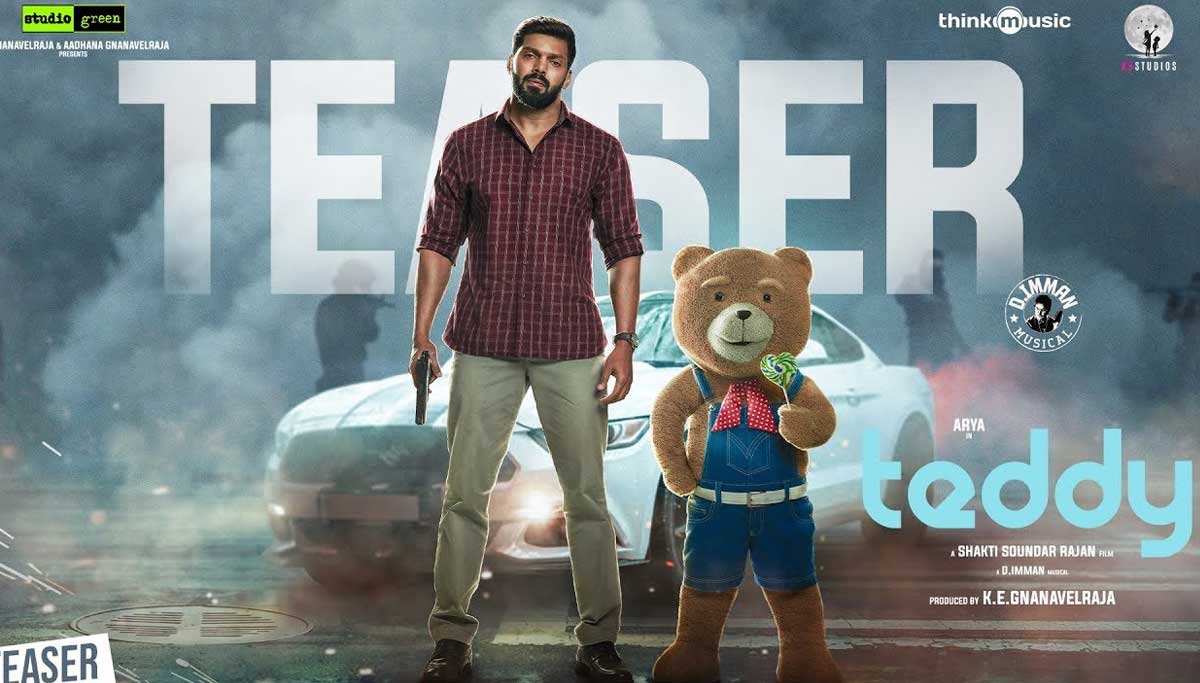 Real-time couple Arya-Sayyesha's Teddy teaser is out now: The teaser of the Arya starring Teddy movie is currently being released.

Teddy teaser starring Arya and Sayyesha under the making of director Sakthi Soundararajan is roaming in the small screens all over the internet. Gnanavel Raja has produced the film on behalf of Studio Green and D. Imman has composed the music.

The director Sakthi Soundararajan has made different efforts in films like Mithran and Tik Tik Tik and has now emerged with a new initiative via Teddy film. Teddy is the story of Arya's adventures together with a teddy doll.

Now the teaser of the movie Teddy has been released. This teaser is sure to make the movie very popular among children. There is no doubt that Teddy will attract fans beyond Arya.

Arya tweeted his upcoming project Teddy with an heartwarming tweet stating, "Here's the #Teddy Teaser on a very special day of my life. Thanks my wifey @sayyeshaa for being You! Happy birthday to my dear brother confidant @ShaktiRajan, who has given me this memorable film".

Arya and Sayesha overwhelmed their love today in Twitter via posts sharing their on-screen starring teaser Teddy movie. The actress shared pictures and wrote "Happy Anniversary to the man who completes me in every way possible! Life without you is unimaginable jaan. Love, excitement, stability and companionship all at the same time! I love you now and forever! ï¸??#besthusband @aryaoffl".

On the couple's special day and director's birthday, Teddy teaser is out with a child attracting storyline with a run time of 1.34 minutes. Teddy film co-stars Karunakaran along with the real-time couple Arya and Sayyesha.

After sharing screen space in K.V. Anand's Kaapaan movie with Suriya Sivakumar as the lead actor, the interesting love couple is all ready to hit the silver screens very soon.