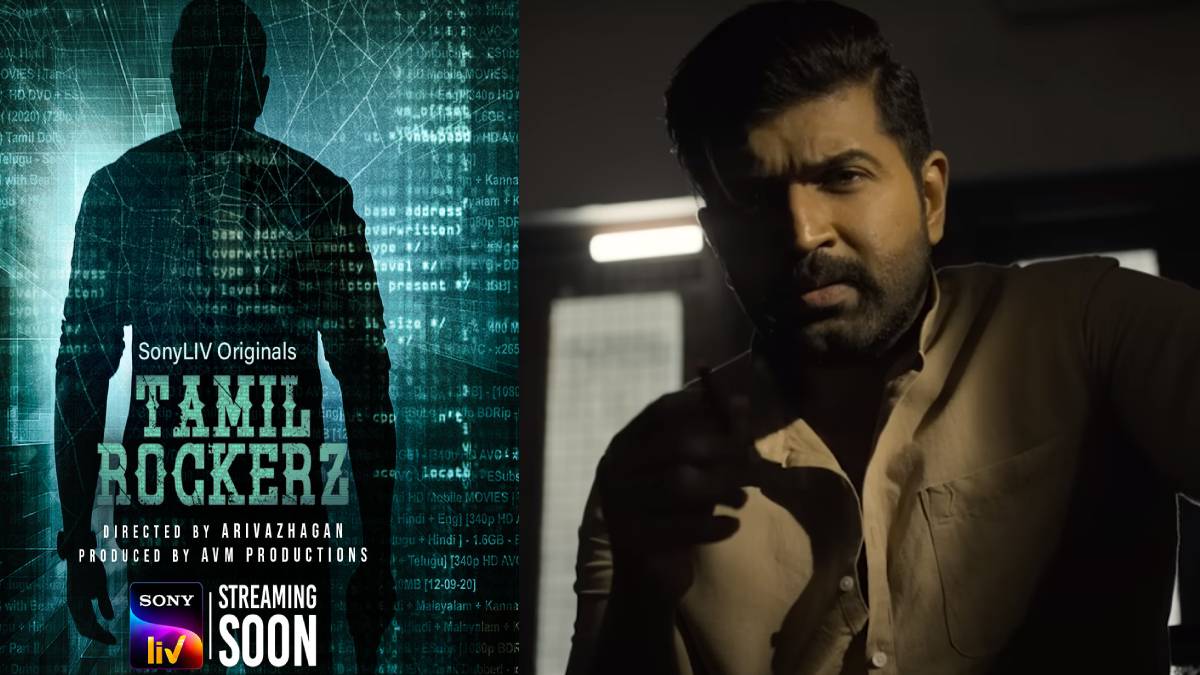 With over 75 years of quality story-driven films, AVM Productions is back in film production after a few years. A new, intriguing, thriller-based series titled "Tamil Rockers" is directed by the director Virujahagan. Sony Live is starting its OTT  web series titled "Tamilrockerz", which will focus on the realities of the recent film piracy gangs in the Tamil film world.

Arun Vijay, a famous hero of Tamil cinema, has acted as a lead in this Tamilrockerz series. Recently his movie Yaanai has released, directed by Hari and became a hit. The lead actresses are Vani Bhojan and Aishwarya Menon. Now the first look poster of Tamil Rockers is out.

Director Virujahagan is famous for his film Eram and his Border movie starring  Arun Vijay is yet to be released. Arun Vijay alliance joins for the third time. It has been announced that the Tamilrockerz series will soon be streamed on Sony Live. It is to note that  AVM is back in production after eight years by Tamilrockerz.