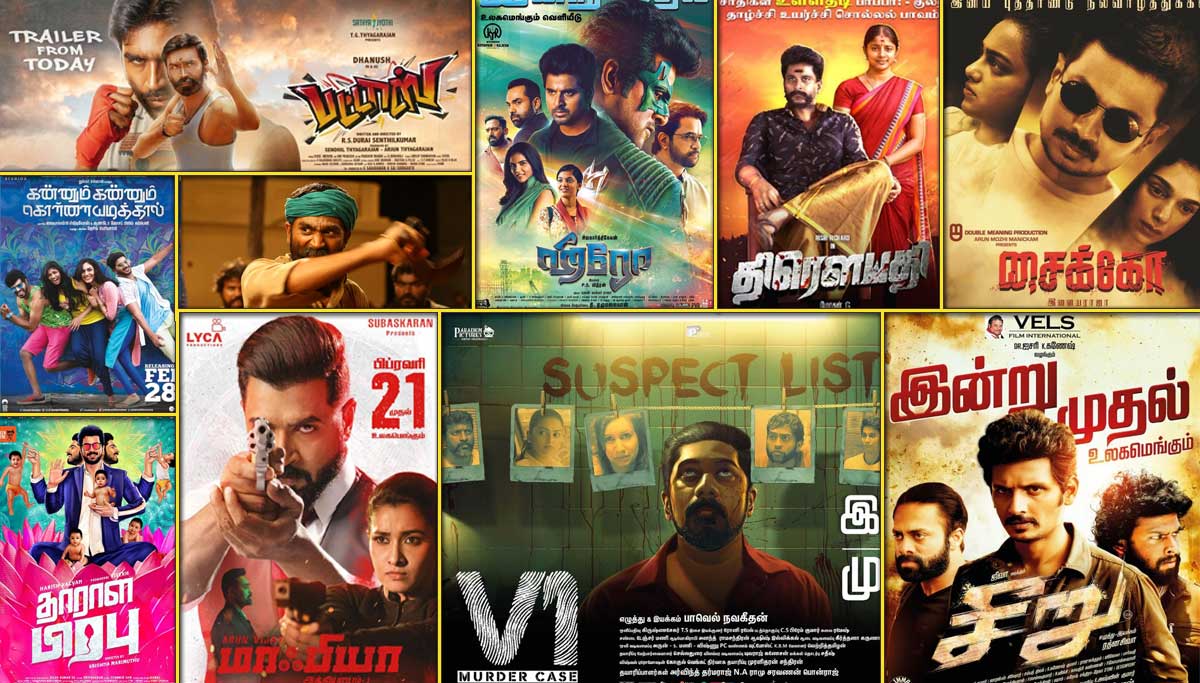 Lockdown is moving on entirely with the help of online streaming partners like Amazon Prime Video, Netflix, Tentkotta, and even piracy websites like Tamilrockers. So to ease your chaos of what to watch next. Here is the list of top 10 best Tamil HIT movies to enjoy the Quarantine with some intriguing message in every flick.

Asuran: The best movie of the year hits next in the quarantine watchlist and there will be no stones left unwatching the ruthless creation of Vetrimaaran under Dhanush's Asura performance. The story mainly revolves around the efforts of parents taken to save his child from enemies with an intriguing end note of "Education can't be stolen," simple story but wonderful screenplay.

Psycho: Mysskin's film title is apt for the title Psycho as his storyline mainly handles rough screenplays along with strong deliveries. In this blind Udhayanidhi Stalin engages himself to recover Aditi Rao Hydari from the Psycho man who lost control due to the mislead happened during his childhood days. Not many heartbreaking scenes in this movie, so definitely watchable.

Draupathi: The controversial film prior to release is now available in Amazon Prime to witness the unethical acts occurring around the nation based on Caste and creed. Can't say over-hyped with Caste but naturally crafted without a boring screenplay and perfect social message to the public. Draupathi movie can be watched with college-going kids.

Kannum Kannum Kollai Adithal: Never looks to be a debutant film by Desingh Periyasamy. Lockdown crashed the goodness of the movie in every means as the theatre shutters closed with the running of this movie starring Dulquer, Ritu Varma and Rakshan. The high technology film feeds the audience with stylish thefts setting the rage of people to watch the drama without option. Stream and enjoy the techie drama in Netflix.

Pattas: Dhanush starring in Pattas movie is a tribute film reminiscing the old art form Adimurai practiced in India before the arrival of Kick Boxing and several martial arts. Let us educate in this lockdown, knowing our ancient rituals via Amazon. Worth watching with family.

V1 Murder case: Directed by Pavel Navageethan, V1 murder case film mainly revolves around the challenges faced by an intelligent forensic officer who has nyctophobia while handling the case and twists; whether he is going to end the case or not! Worth a thriller movie to watch with more twists and turns.

Seeru: Directed by Rathna Shiva under Vels International starring Jiiva, the film is a typical Tamil action thriller engaging all the commercial terms with its faster screenplay. After a long gap, Jiiva got commercial hit movie with the easy screenplay, worth to watch with family.

Dharala Prabhu: Directed by Krishnan Marimuthu, Dharala Prabhu is a must-watch comedy storyline starring Harish Kalyan, Vivek and Tanya Hope. The movie highlights the importance of sperm donation and also explains the happiness hidden within many families who have infertility.

Now enjoy the extended Quarantine with the listed online movies to pass the leisure time without pressure.