Tamannaah To Play As Bank Employee In Seenu Ramasamy Movie 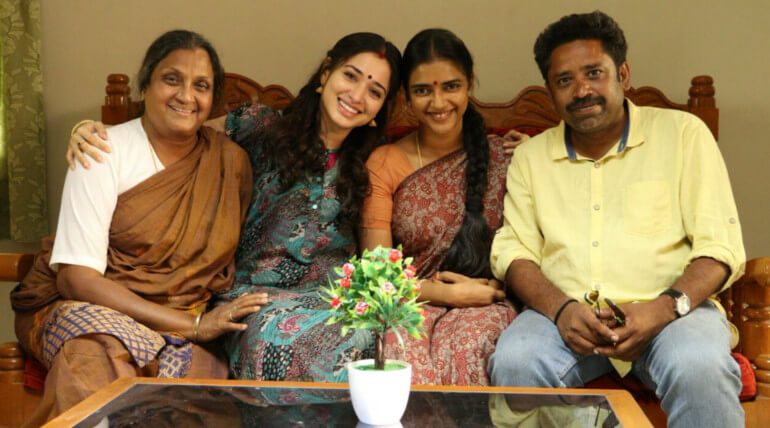 Tamannaah To Play A Bank Employee In Seenu Ramasamy Movie

According to the recent movie updates, Tamannaah acts as a bank employee in the upcoming movie “Kannae Kalai Maane”, directed by Seenu Ramasamy whose film “Thenmerku Paruvakaatru” had received 3 National Awards earlier. In this movie, she paired up with Udhayanidhi Stalin for the first time in a lead role. It is the second movie for the actress with the director, Seenu Ramasamy.

Tamannah had already acted with Vijay Sethupathi in “Dharma Durai”, under the direction of Seenu Ramasamy, released in 2016 and the Tamil audience highly complimented her role in that movie.  Overall, the movie had received good reviews and had crossed 100 days in theatres with good box-office collection. Hence, Expectations are severe for her next movie “Kannae Kalai Maane” from Tamil fans.

Tamannaah has revealed her experience in the new movie recently. She said, ”The director has shown me as a bank employee in this movie and I am given a very impressive role similar to the emotional character played in the movie ”Dharma Durai”. The story was meant to happen in Madurai but shooting also took place in Kodaikanal.  After completing my scenes in the movie, I feel heavy-hearted to leave the team because it was a pleasurable experience to work with the director Seenu Ramasamy".

Meanwhile, Director Seenu Ramasamy tweeted, “The shooting for the movie “Kannae Kalai Maane”  has been completed after a busy schedule of 3 months ”.

The movie is expected to hit the screens soon after the completion of post-production work.His next movie is “Idam Porul Yaeval” starring Vijay Sethupathi as the male lead and the director is joining with him for the third time.

Tamannaah To Play As Bank Employee In Seenu Ramasamy Movie