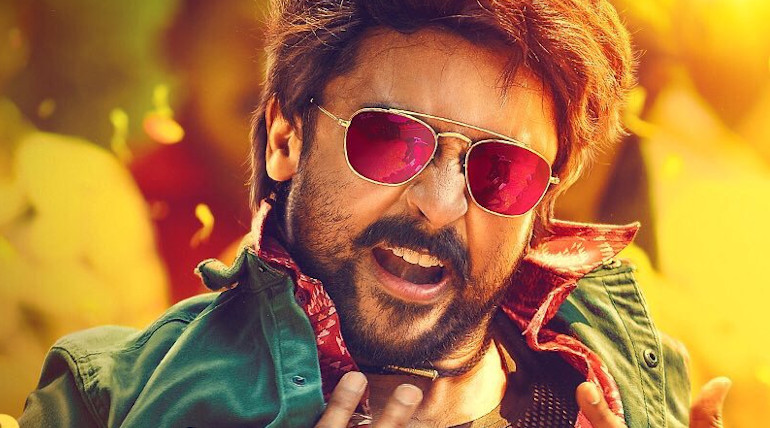 After Ayan in 2009 and Maattrraan in 2012 Suriya and director KV Anand combo had once again together for action thriller Kaappaan. It is dubbed in Telugu and the title will be announced on Thursday at 10:30 pm by the popular Telugu director SS Rajamouli.

Suriya's fans is guessing several Telugu titles. The movie has "The Complete Actor" Mohanlal, Arya, Sayyeshaa and Poorna playing key roles. It is reported that Mohanlal will be playing the role of Prime Minister and Suriya to play as a security officer. Samuthirakani, Prem, Boman Irani and Chirag Jani are also part of the casts.

Produced by Lyca Production, the film has Harris Jayaraj music, MS Prabhu cinematography and Anthony edit. It is said to be a high budget film where the crew had shot at various foreign places like New York and Brazil. The principle photography was started on June 2018 and it is set to release on August this year.

The movie trailer and other updates are eagerly awaited by the audience. The teaser trailer which was released in April has reached more than 10 million views. The director after Vijay Sethupathi's Kavan released in 2017 is working for this project.