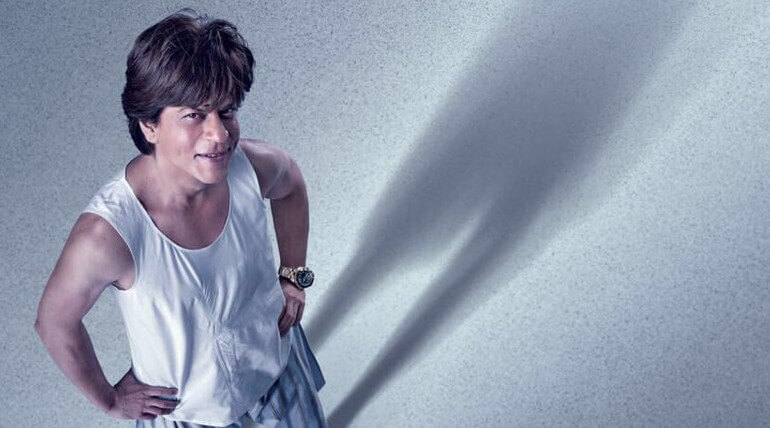 Bollywood King Khan SRK has come up with new avatar for his upcoming movie that was titled 'Zero'. Directed by Aanand L. Rai, the Zero first look has been released as the New Year gift to fans. Fans are excited to see their star in new dwarf avatar.

The superstar is coming with different role this time experimenting himself. After the mixed reviews received fot his 'Fan' movie, the actor had taken another big risk. But this time hopefully the movie may end up with positive result. The teaser was also released yesterday

The makers plan to release the movie on Christmas week end 21st Dec 2018. SRK began his career from the TV serial Fauji (1988). Soon he had committed to several series including the famous Circus. He got offers from film industry and made debut feature film Deewana in 1992. His dare move to portray antagonist role in Baazigar rose his popularity and his performance was appreciated.

He had again proved his acting skill in 2016 release Fan. His recent films including Raees, Dear Zindagi, Jab Harry Met Sejal and Fan got mixed reviews but did not fail to score well at box-office.