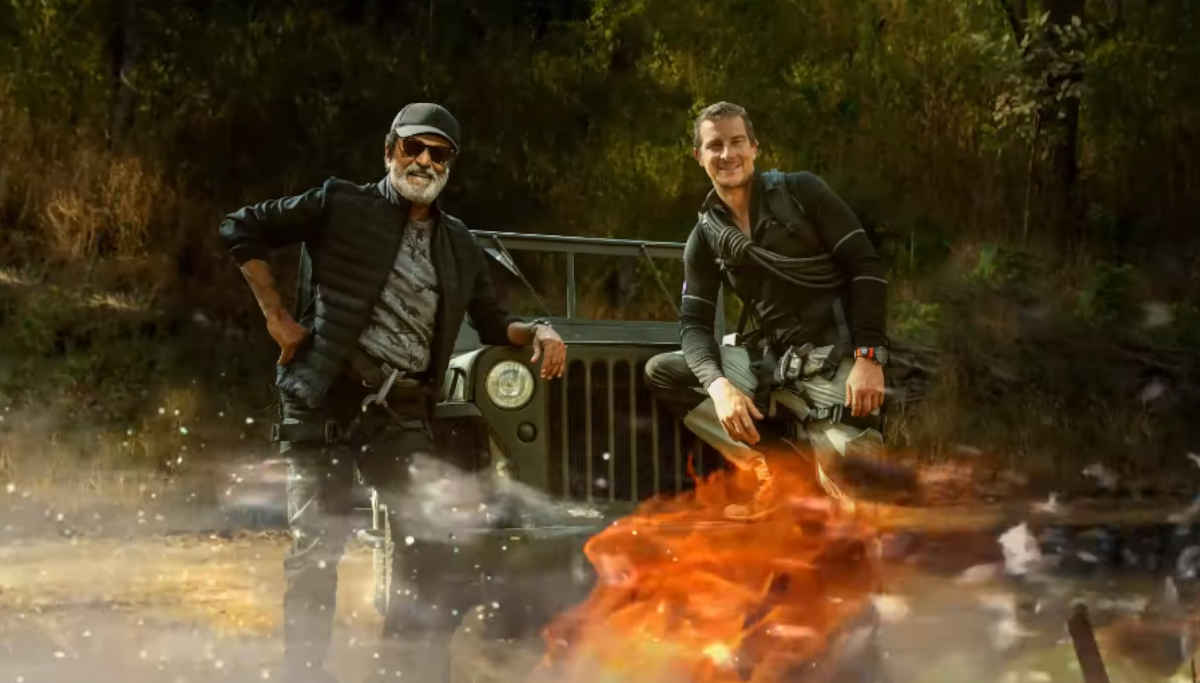 Discovery India has officially released the broadcast date of the event Into the Wild with Bear Grylls, where actor Rajinikanth participated in their twitter page.

The Man vs Wild show, which airs on Discovery TV, is popular worldwide. The show's presenter, Bear Grylls, is set to teach people how to survive in the wild.

Recently, Prime Minister Modi, Barrack Obama, Nick Jonas, Roger Federer, participated in the Man vs Wild, and millions of people watched the shows starring Britain's Forest Enthusiast Bear Grylls. In the meantime, reports have surfaced that actor Rajinikanth will be participating in a similar event, which actor Rajinikanth confirmed with the photos along with Bear Grylls.

Recently, Bear Grylls released a motion poster of the show featuring Rajinikanth and said that working with the actor was a great experience despite working with many biggies of the world.

Since then, the anticipation of when the show will air on Discovery is high among the public, in response to the announcement that Into the Wild with Bear Grylls & Rajinikanth will be broadcasted on Discovery Television on March 23 at 8 pm.

To set the show high, the Discovery Channel IN tweeted with a 30-second promo video stating that Gear up to venture into the wilderness of India with survival expert Bear Grylls and the ultimate superstar Rajinikanth in an action-packed adventure. Premieres 23 March at 8 PM, only on Discovery #ThalaivaonDiscovery.

The shoot for the Man vs Wild documentary has been held in Bandipur Tiger Reserve Forest recently. Superstar's younger daughter also associated with Rajinikanth for the shoot, and their group pic goes viral worldwide.