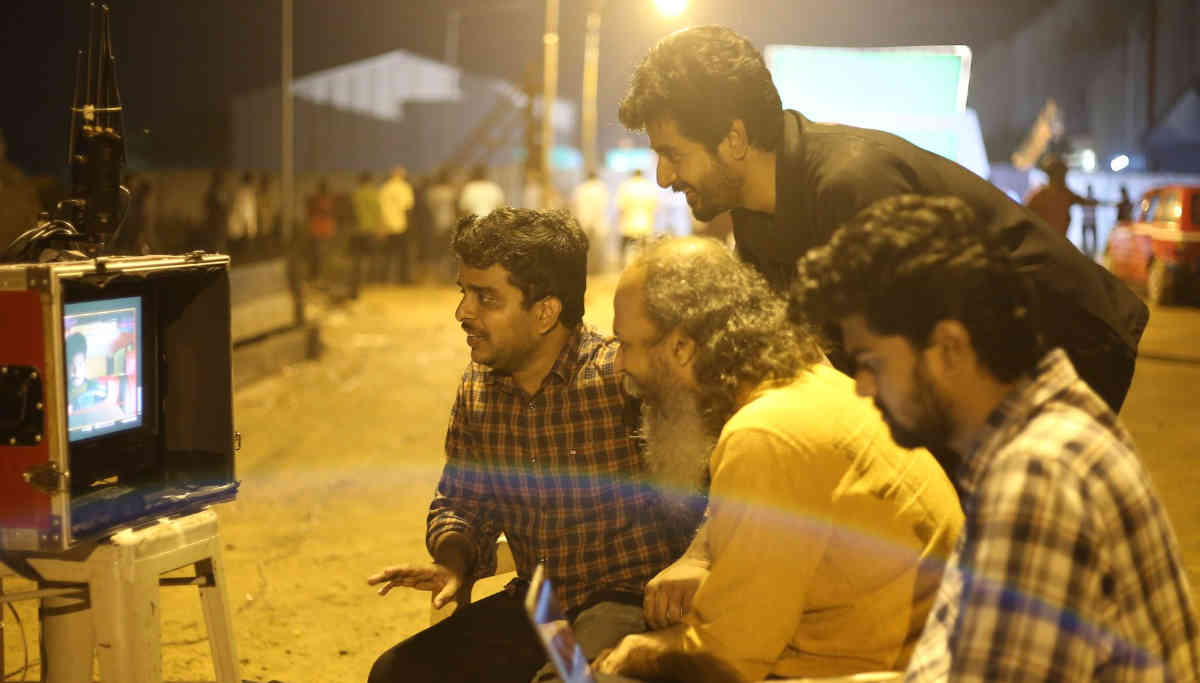 Sivakarthikeyan and Director Ravikumar at the Shooting Spot

The much-awaited Sivakarthikeyan's science fiction movie resumes shoot with a tweet from the production 24 AM Studios as "Happy to have kick-started the last two schedules of our #ProductionNo5 after a brief gap; starring our very own @Siva_Kartikeyan and directed by @Ravikumar_Dir. Thanks to all those who supported us throughout. Title announcement in a few days."

2020 lightened up SK's stopped sci-fi film after two years with unexpected news from the team. Supposed to be SK 13 now titles with an unknown number as the Hero starrer commits with another movie named Doctor in progress to hit the big screens. Directed by Indru Netru Naalai, director Ravikumar bangs up for one more scientific flick starring Sivakarthikeyan and Rahul Preet Singh.

The film music to be composed by Oscar Nayagan A.R.Rahman Bankrolled by 24 A.M.Studios. The film restarts the final schedules of their fifth production Sivakarthikeyan's next after a brief gap. Kickstarting after many schedules from June 2018, the film ran into delay out of financial issues by the producer as the sci-fi director handles with a big-budget.

The makers resumed the film with a new year and announced the title to be in a few days. Let us cross our fingers to see the rumored title Vingyani will go on floors or not for the SK next.

Despite the monetary issues, sources reveal that cinematographer Nirav Shah date clashes might delay the project to a certain extent. Nirav Shah holds the camera for Ravikumar's Science fiction movie, but the intriguing fact is that the cameraman lights up for two expected projects like Thupparivalan 2 and Valimai, simultaneously hitting the producers mind intense once more.

Sivakarthikeyan is back to back with his films after Namma Veetu Pillai and Hero striking the silver screens. Its time for new movies in the new year 2020. SK blocks his screen space with Ravikumar's sci-fi and Nelson Dilipkumar's Doctor, hoping to unpack new Sivakarthikeyan in both the films.