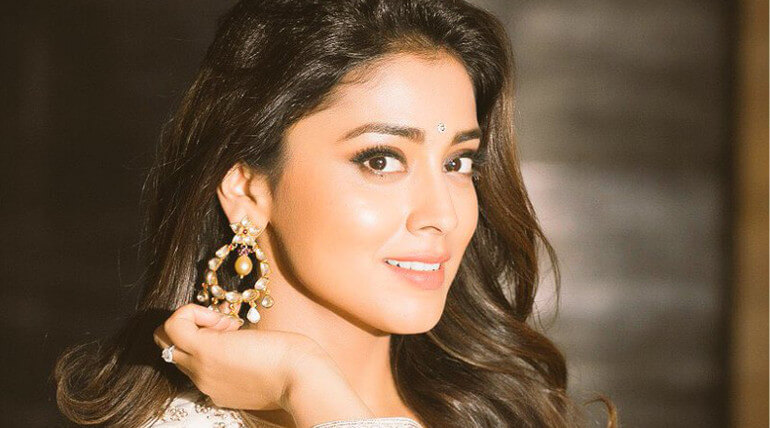 Shivaji-The Boss heroine Shriya Saran who was last seen in Simbu starred AAA movie will tie a knot with Russian sports and businessman Andrei Koscheev. Her marriage will be 3 day function on March 17, 18 and 19th at Udaipur.

As per the close sources, it is said the marriage preparations are in full swing. The marriage will be as per Hindu traditional with all the celebrations like Mehendi.

The actress Shriya Saran had acted in all south Indian languages and in Hindi movies. Shriya had made lot of cameo appearance in Hindi and Telugu films. Her next release in Tamil is Naragasooran directed by Karthick Naren co-starring with Arvind Swamy.

She is also waiting for Gayatri in Telugu for release which is in post-production stage. She had comitted for Tadma Hindi movie and one Telugu movie titled Veera Bhoga Vasantha Rayalu. The popular actress was peak in middle of 00's where she acted with superstar and Telugu movies. Her debut movie was Telugu Ishtam and her Tamil debut was bilingual Enakku 20 Unakku 18.

Report says Shriya had flown to Russia to meet her boy friend's family. Earlier there are rumours about her relationship with Russian guy and when media asked about her boy friend in an event, she reacted with anger and said her personal life is not for sale.