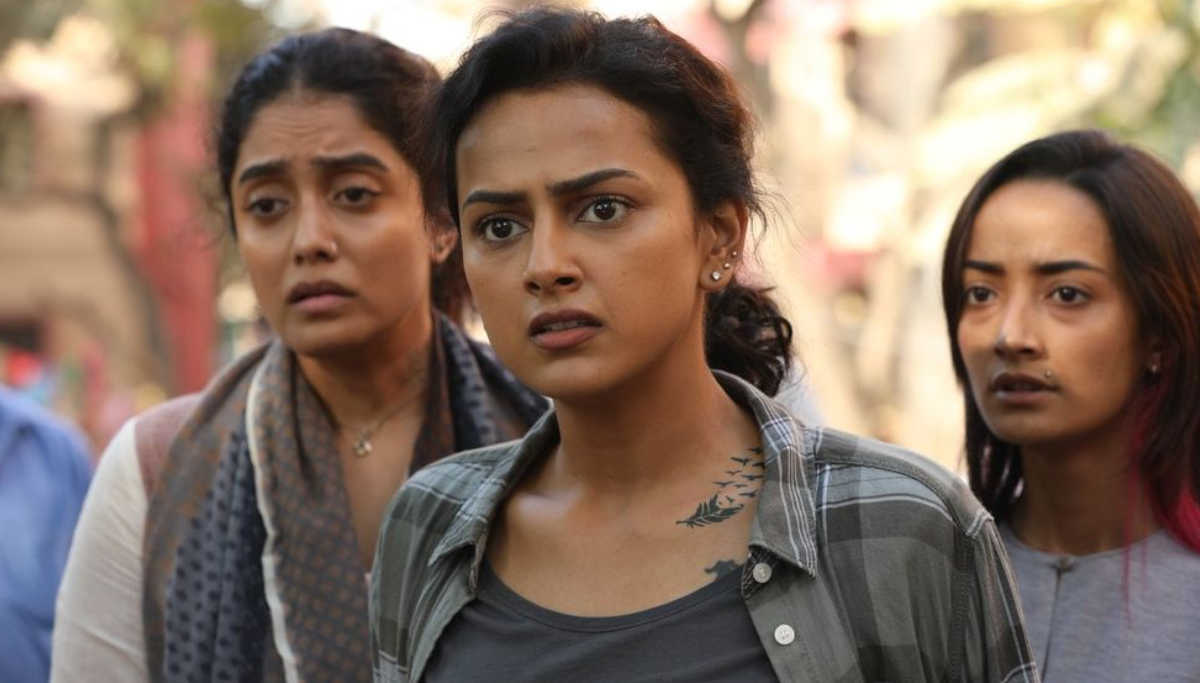 Shraddha Srinath is a popular actress in the diverse Indian film industry, with more women-centric films hitting nowadays from her career journey. Shraddha gained her fan base through her head-turning performances in films from 2016 U-Turn to last seen Nerkonda Paarvai starring alongside Thala Ajith.

Netflix, Amazon Prime, and several online video streamers are ruling the quarantined world suffering to step out on roads due to the pandemic CoronaVirus.

Likewise, Shraddha Srinath, while chilling her social distancing in Netflix, witnessed the untold story of Nirbhaya rape case via web series titled 'Delhi Crime.' As we all know, the rape occurred entirely in a bus by the brutal of the city back in 2012, and the victims got hanged up after eight years only a few weeks back by order of Supreme Court.

On the note of watching Delhi Crime, Vikram Vedha actress Shraddha Srinath opened up about her bitter unlikeable experience while traveling in crowded buses during her school to study law. And the heroine boldly quoted her words on social media as

"I'm watching 'Delhi Crime' on Netflix. Have you watched/ heard of it? It's based on the Nirbhaya case. The cops keep talking about a white-colored, private bus in which the incident took place. As I watched today I remembered something. During law school, I'd travel by bus. I hated crowded buses, mainly because I'd feel unsafe and... I don't know I can't find the word for it.. it felt like war inside a crowded bus. I mean, taking buses helped greatly in character building and gave me some real humbling life lessons but I HATED crowded buses. Now everyday, morning and noon, I'd wait at the bus stop. I'd skip crowded buses.

"I'll take the next one", I'd think, and wait for the next one. The next one would come, but it too was crowded and I'd skip it. But I had to get to college/ get home, and I couldn't wait forever. And then intermittently, these brightly coloured private buses would come. You know, the ones with a big baby/prayer hands/ tiger/god photos painted at the back. And they were empty. Like faaaaar emptier than the BMTC buses. But something about them seemed off. So I'd look away and wait some more. And then I'd eventually get on the next bursting on the seams BMTC bus.

Today I'm just glad I never got on those private buses and waited for my good old trusty but crowded BMTC. Oh wait, another reason I didn't take the private bus was because my BMTC pass wouldn't work on it and I had to pay from my pocket. Pocket money was a real torture in college guys. Real torture. Cheers to being financially independent."

Besides, women-centric choice believers in her films, Shraddha Srinath is currently doing many films in Kollywood like starring in Chakra, opposite to Vishal and Maara to co-star Madhavan.