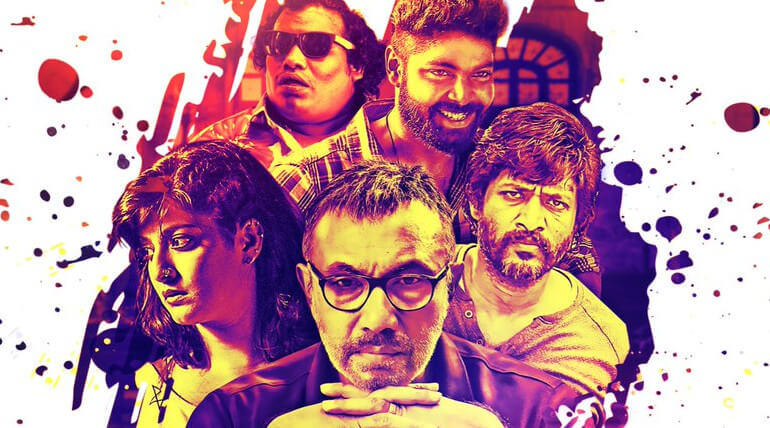 The director had started the movie titled 'Echarikkai Ithu Manithargal Nadamaadum Idam' in earlier 2017 and the trailer was released in Sep last year. The director had released 2 sensational short films Lakshmi and Maa in November 2017 and Jan 2018 which grabbed huge attention and critically acclaimed too.

After drawing great attention from audience, the director is back with his movie Echarikkai and now he is having huge promo for his movie. Sathyaraj, Varalaxmi Sarathkumar, Kishore in key roles. Sundaramurthy KS scored music amd DOP Sudharshan Srinivasan is behind lens.

It is produced by C.P. Ganesh under the banner Sundar Annamalai Productions. The distribution rights were acquired by Dhananjayan of Creative Entertainers.

Dhananjayan had tweeted ""Quite loved #Echarikkai from @sarjun34 happy to market and distribute the film...Thanks to the Producer Sundar for joining us. Happy to associate with another film from #Sathyaraj sir @varusarath #Kishore sir & many others. Do look forward to a new age thriller film soon."

The trailer was received well that shows Varalaxmi was kidnapped by 2 men and his father Sathyaraj is involving directly in rescuing his daughter.

Best wishes to the Team #Echarikkai from the sensational director @sarjun34 ...to be released by my Boss my friend @dhananjayang 's Creative Entertainers. All the best guys @varusarath ðŸ’ªðŸ’ªðŸ’ª pic.twitter.com/PwPXUU4Kxx