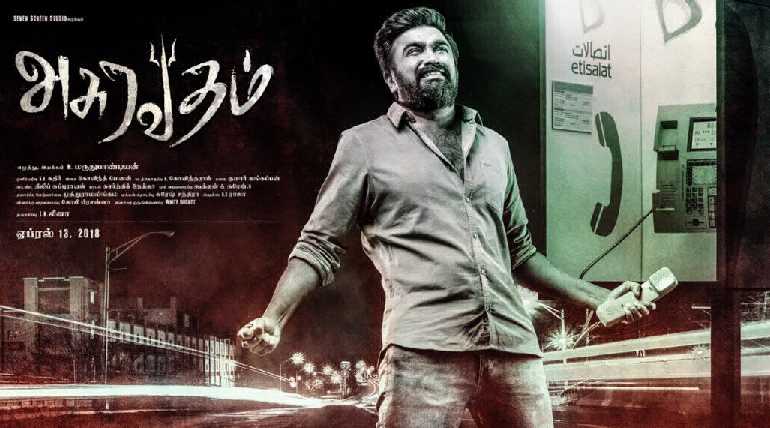 Sasikumar's upcoming action entertainer Asuravadham teaser will be released at 7 pm today by film maker Gautham Vasudev Menon. Its first look has been unveiled at 5 pm that has the stunning look of Sasikumar. The makers had slated the movie as Tamil New Year release on April 13th worldwide. Karthik  Subbaraj's silent thriller is also scheduled on the same date.

Nandita Swetha is the female lead opposite Sasikumar in this film.  Directed by debutante Maruthupandian, the movie is rural action thriller where SR Kathir had cranked camera. The shooting of the film has been wrapped up on Feb first week which is produced by Leena Lalitkumar of Seven Screen Studio.

The Kodiveeran actor is now busy with Samuthirakani directing super hit Nadodigal sequel. The first look reveals the movie has the connection with Dubai where the lead actor is standing in Dubai telephone booth. It can be speculated that movie has the plot about aboard workers and their pains.