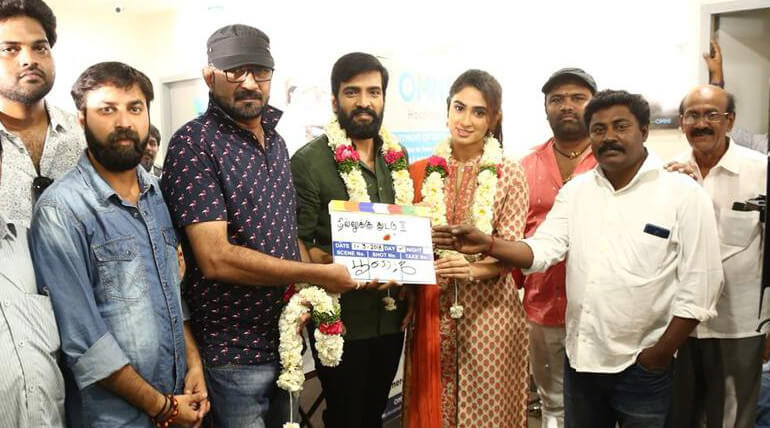 Santhanam's successful horror comedy thriller 'Dhilluku Dhuddu 2' started with pooja today. The movie is commencing on floor today with formal pooja at Hyderabad. The shoot starts from Hyderabad and will be a long schedule. The actor requested blessing for their next successful endeavour.

The comedian turned hero Santhanam had announced this information on his social media page. Santhanam posted "Happy to join with the blockbuster team once again â˜º Positive Vibes all over  First long Schedule in Hyderabad commences today  Need all your blessings for our next successful endeavour #DhillukuDhuddu2"

Dhilluku Dhuddu first part directed by Rambala and produced by Sri Thenandal Films was released in July 2016 and was a block buster hit. It was also critically acclaimed and turned out to be very successful at box office.

S Thaman had scored music for the film. The second part also started with the same team. A romcom titled Daavu featuring Kayal Chandran and Reba Monica John in the lead, is also being directed by Rambala.

Happy to join with the blockbuster team once again â˜º Positive Vibes all over ðŸ˜‡ First long Schedule in Hyderabad commences today ðŸŽ¬ Need all your blessings for our next successful endeavour ðŸ™ #DhillukuDhuddu2 pic.twitter.com/TbgC8Mkwjq