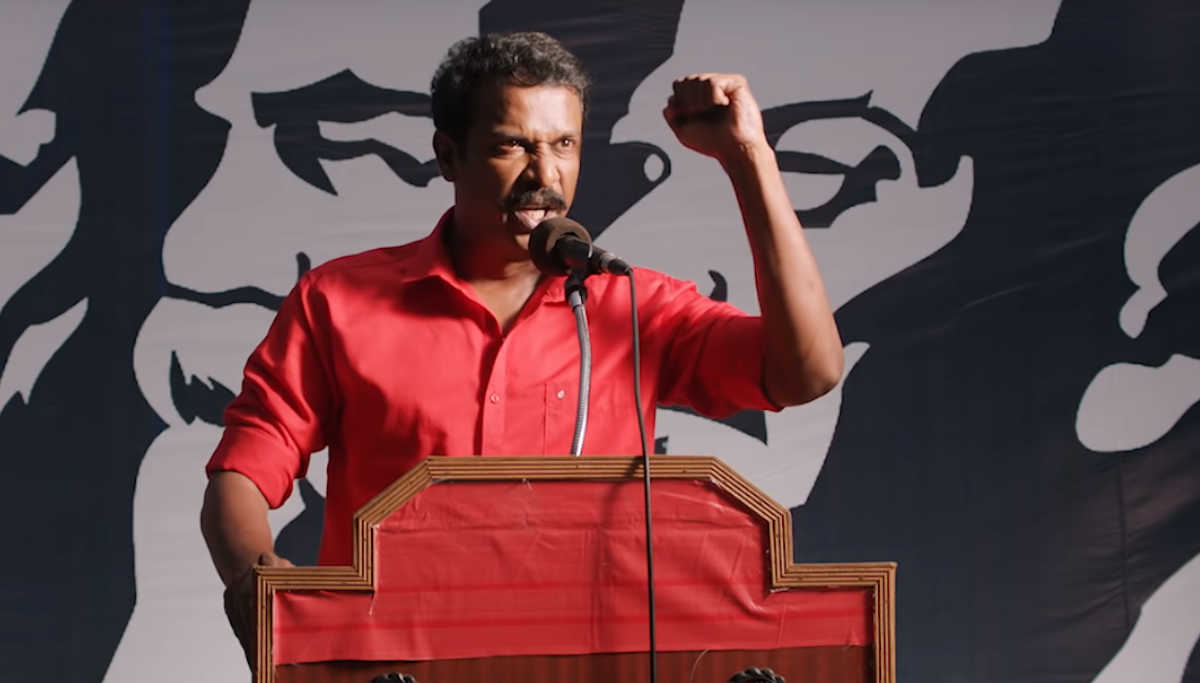 Vetrimaaran, when asked about participating in politics in one of the interviews after Asuran success, said: "my role in politics is only through my movies."

It is what he is now doing by help producing his associate Manimaran's Sangathalaivan film. Its trailer released yesterday, February 20, speaks volumes of politics through its lead character played by Samuthirakani.

Manimaran has already directed two movies Udhayam NH4 with Siddharth and Pugazh with Jai. Though NH4 was an excellent movie, it did not do well in the box office, and Manimaran did not hesitate to become the associate of  Vetri. Now his production house Grass-Root productions are producing Sangathalaivan to be released soon. Also, Vetrimaaran has helped in releasing the national award-winning movie Baaram today, which is widely acclaimed by critics and welcomed by movie lovers across Tamil Nadu.

VJ Ramya and Karunas act in leading roles along with Samuthirakani in the political drama movie Sangathalaivan. Music is composed by Robert Sargunam, editing by G B Venkatesh, Srinivas Devaamsam takes care of cinematography, lyrics by Yugabharathi and Uma Devi. Bharathinathan pens the story, and stunts are by Dinesh Subbarayan.

The 1.28-minute trailer starts with a call to protest and lockout of mills. Violent fight scenes follow after strike and bonus issues. Then comes the timely dialogue of calling those who fight against injustice in the society as terrorists and ends with a gunshot aimed at Samuthirakani. The trailer is, in fact, intriguing, and with the team of Vetri, Manimaran, and Samuthirakani, the expectations are rising from yesterday for Sangathalaivan release.


Samuthirakani's Sangathalaivan Trailer is out