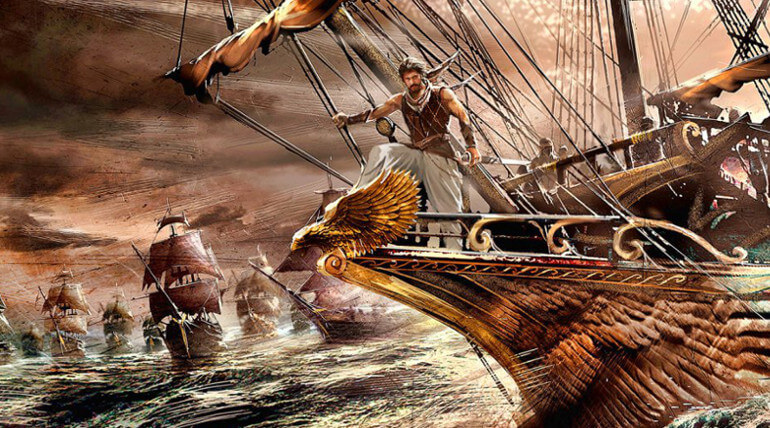 Sundar C's magnum opus Sangamithra produced by Thenandal Studios is gearing up its pre-production works. The team is working round the clock to take the movie to production stage. But it is being delay as it has huge works in various department. The makers are well-planing the script, visuals, art works and other minute works before leaping on the floor.

It is the story of many kingdom and the protagonist beautiful Sangamithra's journey to save her kingdom. It shows many equations and relationships tha will be told in an ambitious, larger than life and visually extravagant manner.

In a recent event, Sundar C revealed the shooting of Sangamithra is likely to start on April or May. His Kalakalapu 2 will be hitting theatres shortly and its promotional activities are in full swing.

Jayam Ravi, Arya are committed to play male leads while Disha Patani of Dhoni fame is onboard for the title character after Shruti Haasan had opted out of this project due to delay. The movie will be created in Tamil, Telugu and Hindi simultaneously. Sundar C earlier said hundreds od technicians are working for this movies' pre-production works for past one and half year.