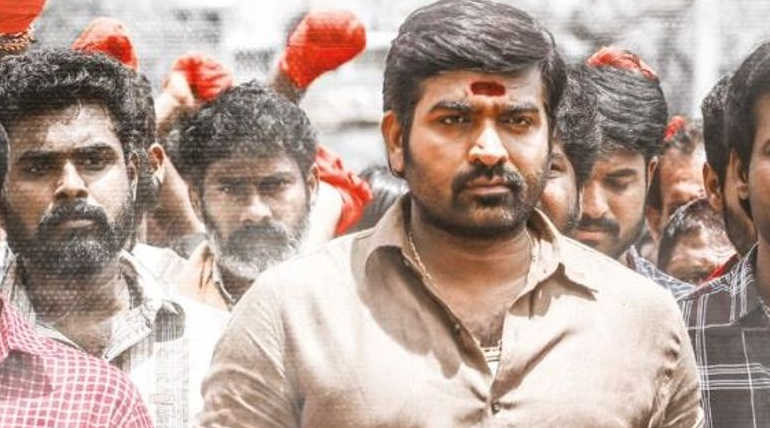 Sanga Thamizhan was a doubtful starter in Tirunelveli:

Sanga Thamizhan is a 2019 Tamil action movie written and directed by Vijay Chandar starring Vijay Sethupathi, Nivetha Pethuraj, Raasi Khanna in the lead roles. Vivek-Mervin combo has made the music for this movie. The cinematography was handled by P. Velraj, who directed the famous movie Velaiyilla Pattathari.

Apart from that, Soori, Nassar, and John Vijay have done the supporting role for this picture. The antagonist role was played by the famous Bollywood actor Ashutosh Rana, and Vijaya Productions produce the movie.

This movie is set to be released on 15th November 2019 in both Tamil and Telugu simultaneously. In Telugu, the movie is titled as "Vijay Sethupathi." Sony Music India bought the Musical Rights, and the Complete Soundtrack was launched on October 24, 2019, at Sun Network Office.

Earlier, this film is planned to be released on Diwali, but due to the huge clash of Kaithi and Bigil, the movie was pushed to November. The Official Teaser & Trailer for this film was released on 15th August and 19th September, respectively.

Due to Financial disputes, the movie release is banned in the Tirunelveli district. The movie is all set to hit the screens tomorrow, and there was a finance crisis aroused from nowhere. The major reason is that the amount of 15 Lakhs rupees has been borrowed by Libra Productions from Vignesh Pictures and not been repaid.

When it came to hearing on court today, the verdict came that movie release was banned in the district of Tirunelveli. The movie crew has been taking serious steps to solve this issue in quick succession and make sure that the film doesn't face further conflicts.