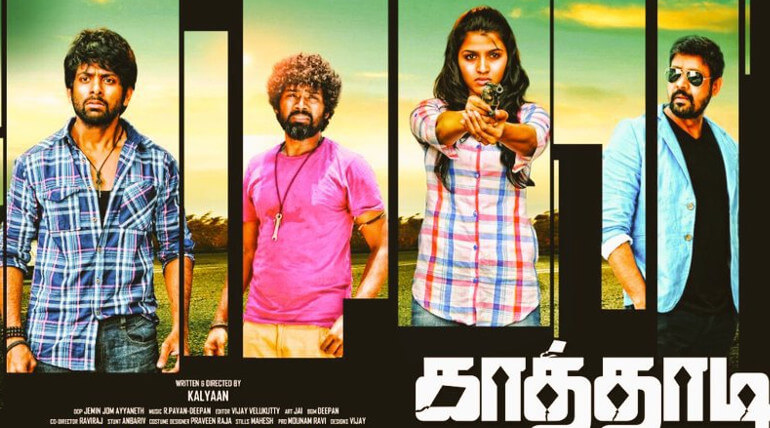 Sai Dhanshika's long awaited action drama Kaathadi is finally slated for release on Feb 23rd. The movie's trailer was released few hours ago and it is earning fantastic reviews and responses. Dhanshika said it is her first action film preior to Kabali and thanked everyone for supporting this travel.

She was excited and shared "My first action film that I did before Kabali and definitely a stepping stone.thank you for the ppl who helped me through this journey.. Feb 23rd our film kathadi is coming out".

Meantime, the ace film maker Gautham Vasudev Menon had appreciated the trailer and openly said he owes a film for Avishek Karthik who made a lead role in the film. It looks promising statement from the ace director.

Gautham Vasudev Menon tweeted "My boy Avishek karthik in Kaathaadi. I owe you a film Karthik. Very soon. Meanwhile all the best for the release of Kaathaadi on 23rd February."

The movie has R Pavan and Deepan music and produced by Srinivas Sambandam, VN Ranjith Kumar, and K Sasikumar under the banner Galaxy Pictures.