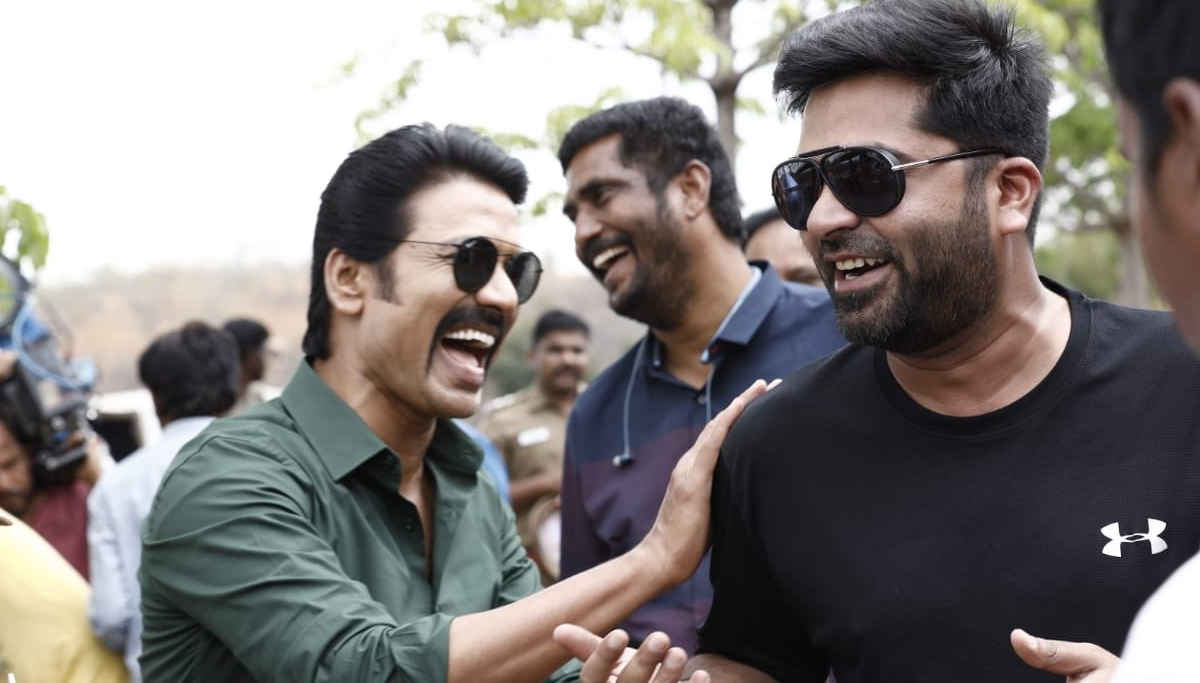 The most expected upcoming film of Kollywood Maanadu has come up with an intriguing fact of its next. Venkat Prabhu directs Silambarasan starring Maanaadu under the banner of Suresh Kamatchi's V House Productions.

Opening with the first-day shoot last month, the Maanadu team had now traveled all along to Hyderabad yesterday, and STR joined the sets thereby today morning.V House Productions and Maanadu producer joyfully shared the shooting spot pictures of himself with SJ Suryah, Simbu and Manoj Bharathiraja.

Meanwhile, Manoj Bharathiraja has also worn a police uniform in the photo shared by Suresh Kamatchi on his Twitter page.

SJ Suryah and STR have already proven their talents on the big screen several times. And now for the first time, two awesome actors are gonna share the screen space in theatres via Venkat Prabhu's Maanadu film.

Right from the Indian 2 accident, gap prevails between producers and workers in the cinema industry. To bridge the gap, Maanaadu producer Suresh Kamatchi has taken the initiative for the safety of his workers by fixing insurance of Rs. Thirty crores and the premium amount of Rs.7.8 lakhs is available with GST.

SJ Suryah has recently wrapped up his upcoming project Bommai co-starring Priya Bhavani Shankar, under the direction of Radhamohan. Being seen in Monster, the actor also commits to Uyarntha Manithan, and the project is in the pipeline.