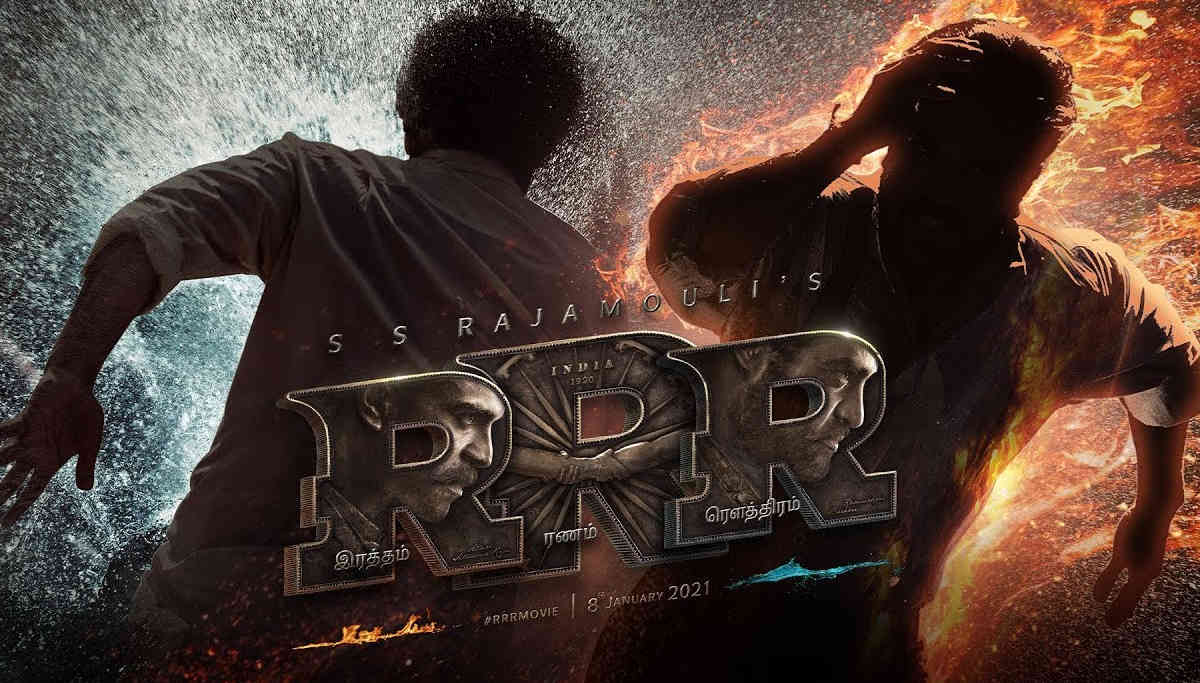 RRR Motion Poster is Out

After tasting the fruit of epic success via Bahubali 1 and 2, Director SS.Rajamouli began his next project last November, starring Ram Charan and Junior NTR in the main lead roles.

The director is known for his multi-starrer filming, and this film Rise Revolt Roar also has no low key casting. Bollywood actors like Ajay Devgan and Alia Bhatt have joined the Rajamouli's RRR, hiking the expectation of fans from all over the Indian cinema.

Despite the CoronaVirus shutdown, the director has released RRR's motion poster today to spray some water in the fiery situation and minds of pandemic people.

The story is set in the 1920s, depicting the lives of two freedom fighters - Alluri Siddarama Raju and Komaram Bhim. To be specific, Ram Charan plays the role of Alluri Raju while NTR depicts Komaram Bhim.

SS.Rajamouli took the motion poster released a few hours back to his Instagram and wrote as "Water douses fire. Fire evaporates water. And the two forces come together with immense energy, to present the title logo of RRR".Besides, the main cast Ram Charan, NTR, Alia Bhatt all took the big news to their Instagram.

Apart from the main cast, Samudrakani, Rahul Ramakrishna, Olivia Morris, Ray Stevenson, Alison Doody, and many others doll up to roar in the Indian's biggest upcoming movie Roudram Ranam Rudram.

The film is being released in Tamil, Telugu, Hindi, and Malayalam at a huge production cost of around 300 crores. Also, the film is expected to be released the next year, 2021 January.

Many people may wonder why Motion Posters need to be released at a time when Corona is crippling the country. Director Rajamouli responded on Twitter, "The world is in crisis right now. We wanted to do one thing that would help alleviate the sad mood of the people. So we'll be releasing the Title Logo and Motion Poster, which is set to be released for a long time. It is impossible to say exactly when it will be released because the whole crew works from home".