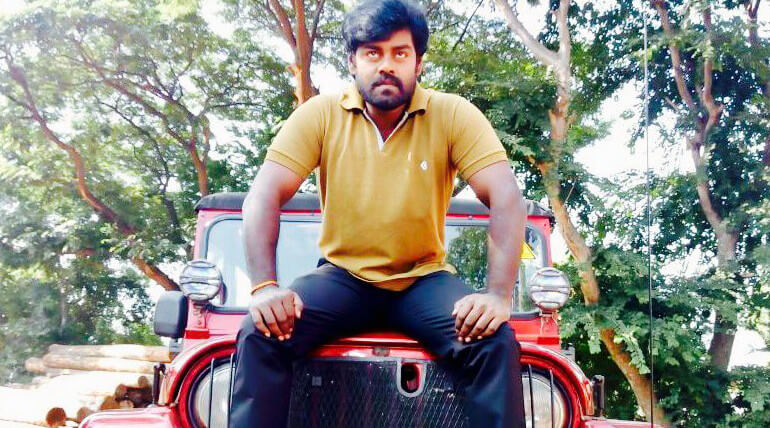 Dharma Durai producer and Tharai Thappattai actor RK Suresh starring 'Vettai Nai' shooting is nearing completion. The makers are planning to release the film on February next year. Sudio 9 Suresh had shared this information on his twitter handle. The movie is written and directed by Jai Shankar while it is produced by Thaai Movies along with Surabi P Jyothi Murugan. Subiksha is doing female lead in it.

Suresh is busy with series of films like Billa Pandi, Thani Mugam,, Kaali, Kaaka and Vargam. He is also doing an antagonist role in Vikram starring Sketch directed by Vijay Chander.

Suresh acting was critically acclaimed in Bala's Tharai Thappatai. Following it Vishal's Marudu was released where his acting was also noted. He had appeared in inspector role in Hara Hara Mahadevaki and Ippadai Vellum recently.