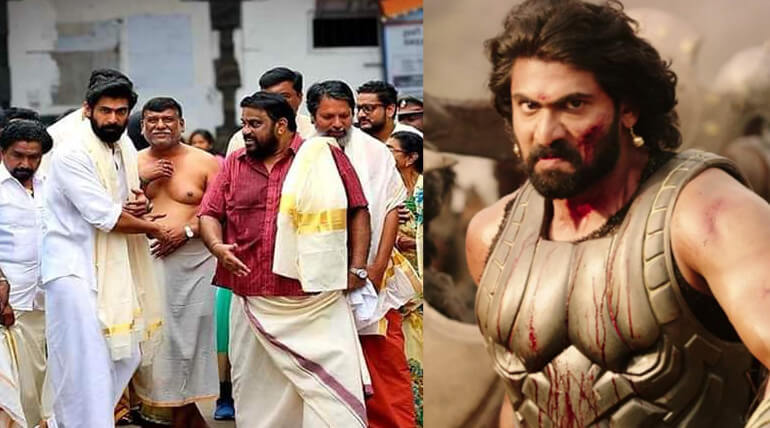 Rana Daggubati after the success of Baahubali who lived as Bhallalaedeva in Baahubali was seen as Radha Jogendra in recent Nene Raju Nene Mantri movie. He had also done Hindi movie 'The Ghazi Attack' based on the true historic event. Now the 'Leader' actor is making Malayalam debut titled Marthanda Varma which is again based on the history.

He is donning the 18th century King of Travancore Marthanda Varma. The actor begins his journey as Marthanda Varma in Kerala. He was spotted at famous Sri Padmanabha Swamy Temple at Thiruvananthapuram on Sunday.

He worshipped the lord and then went to palace to meet royal family. Rana is visiting various parts of Kerala and discussing about the scripts and gathering details about his character. The film is expected to commence on floor in few days.

Director K Madhu is helming the project which was written by Robin Thirumala. He met royal family members of Travancore Kowdiar palace. He was gifted by the book that tells the life history of Marthanda Varma.