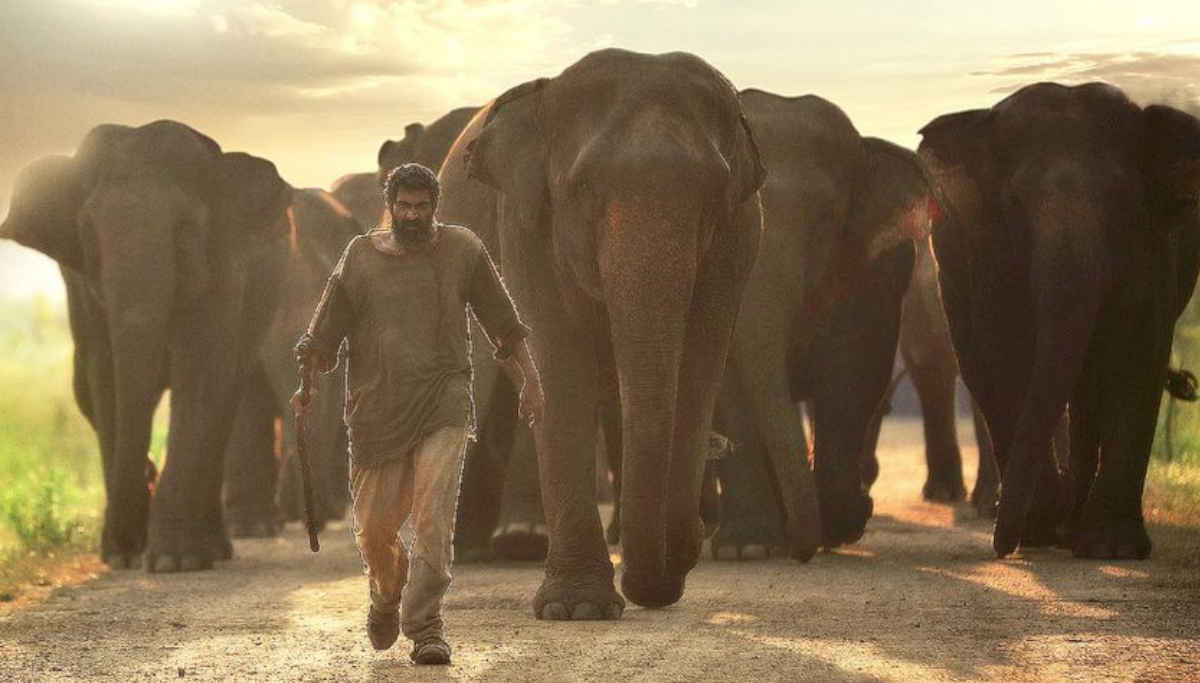 Kaadan is an upcoming Tamil language film directed by Prabhu Solomon under the banner of Eros International. The multilingual film is yet to be released simultaneously in Hindi and Telugu as well, with title Aranya and Haathi Mere Saathi.

Bahubali actor Rana Daggubati plays the role of a jungle man portraying the mysteries of a well-known forest activist, aka Forest Man of India Jadav Payeng.

The actor lost solidly 30 kgs for the look of jungle man Kaadan and the poster released recently gained popularity instantly as a payoff for the hard work. And to be specific, Raana stated that "the director wants everything natural and organic on the silver screens. It wasn't very easy for me to lose weight with my big physique. I had to undergo extensive training and a strong diet pattern to get the lean look for Bandev character".

Prabhu Solomon's films are always nature-based, and the Kumki director is again on the seat to prove one more elephant flick. Sources also fly that Rana Daggubati shoots with 30 elephants in the Kaadan movie for the role of jungle protector.

Indian blockbuster hit Baahubali praised Raana in every means of work all over the country. And after three years, the actor casts up in Kaadan to celebrate with his Kollywood fans.

Vishnu Vishal joins the Kaadan team co-starring Rana Daggubati, and returns to Kollywood after years with a good subject. The actor underwent several personal issues and recovered in Vaaranam Aayiram Surya style by working out intensely.

Now the actor is all geared up to shine in the Indian silver screens this April 2, 2020. Bankrolled by Eros International, Shanthanu Moitra, and D.Imman composes the music for the movie Haathi Mere Saathi.