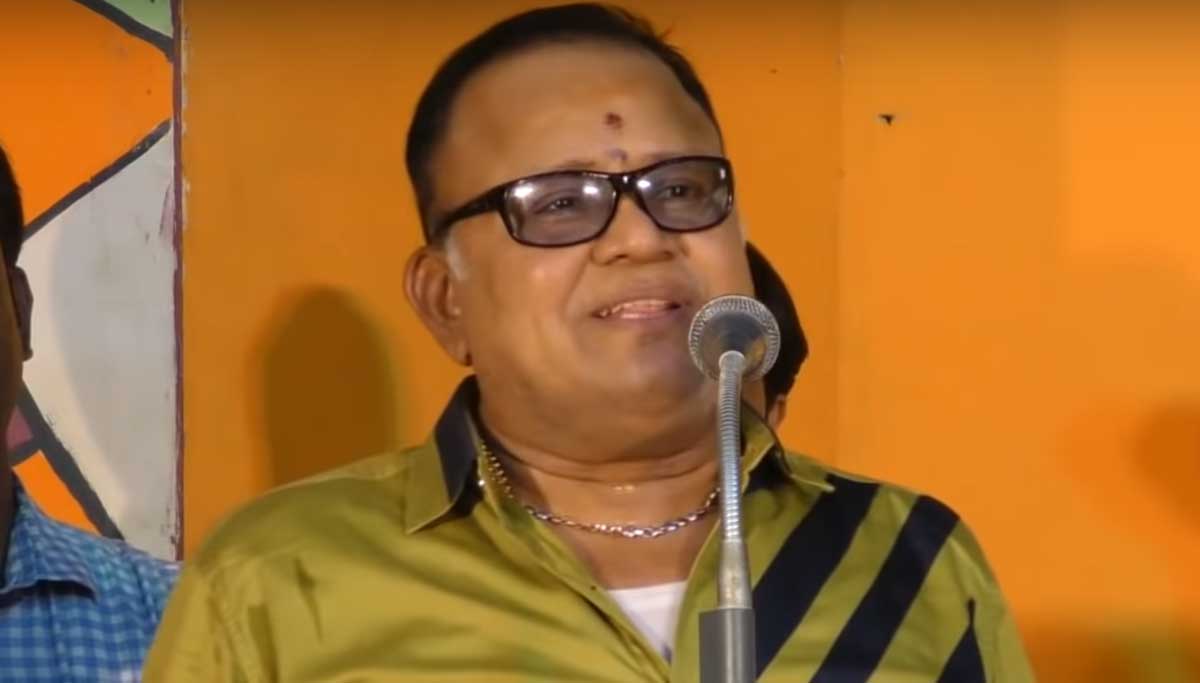 Radharavi, a veteran actor and politician of many parties, has criticized director Shankar once again on March 7 2020. It was in a function for felicitating Y G Mahendran's drama Three murder for one rupee staged for the 325th time. Radha Ravi said that Shankar had taken double-action movies only by copying his dramas. He also has criticized Shankar on February 21,  during the condolence meet of FEFSI for the three died during the accident in the Indian 2 shooting. He also said that nothing is wrong in the NPR  list as it is important and nothing wrong in saying the father's name for it.

Radharavi is the son of M R Radha and the brother of actress Radhika. He is a character actor for many years and a politician of many parties. He was in DMK and then went to AIDMK and then back to DMK, and last year when DMK expelled him, he is now in BJP. Now he is their star campaigner for the CAA support protests across Tamil Nadu and in the media.

On March 7, during the drama felicitation of Y G Mahendran, Radharavi, Bagyaraj, R. Parthiban, Actress Ambika, and many others participated. R. Parthiban and Bagyaraj praised the drama and its actors. Radharavi also praised Mahendran and the drama artists who acted in the drama of Three murders for one rupee. But also said many other issues including