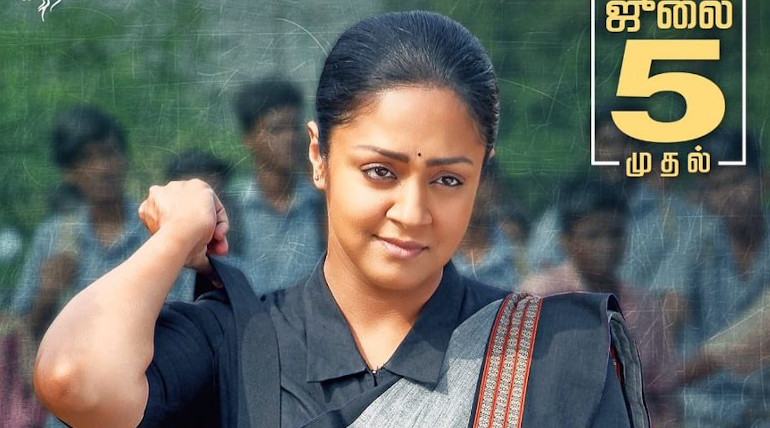 Jyothika starring Raatchasi movie is set to be released on July 5th this weekend. The promo videos are being released regarding this. Directed by debutante Sy. Gautham Raj and produced by SR Prabhu of Dream Warrior Pictures, the movie has Jyothika in lead role. She plays the role as Geetha Rani, a government school teacher.

SR Prabhu has many good movies in his credit. Some of his quality movies are Madras, Joker, Aruvi, Theeran Adhigaram Ondru. His recent movie was Suriya starred NGK directed by Selvaragavan which received mixed reviews. The producer's upcoming project is Kaithi where Karthi is doing a lead role. It is actor's 19th film and its teaser was released on June and received amazing responses with more than 4M views.

The trailer of Raatchasi got overwhelming responses which shows a school teacher works for the betterment of school going kids below the poverty line.

Jyothika was last seen in Kaatrin Mozhi and this is her 6th film after her marriage. Last year she had appeared in 3 films including Naachiyar, Chekka Chivantha Vaanam ad Kaatrin Mozhi. She is also busy with projects like Jackpot and untitled film with his brother-in-law Karthi.