Queen Web Series of Ramya Krishnan as Jayalalithaa is out now 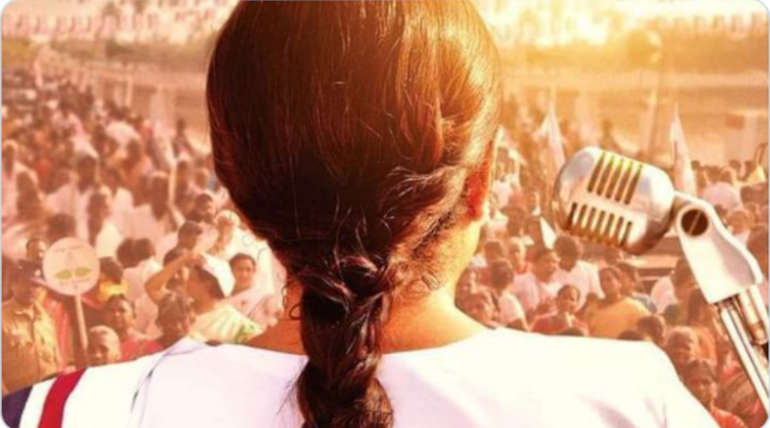 Queen Web Series of Ramya Krishnan as Jayalalitha is out now

Queen trailer promises more of Jayalalithaa by Gautham Menon: Through Queen, Jayalalithaa is back from dead. After her demise three years back, only now two biopics of her is doing the rounds. Though director Vijay's Thalaivi teaser was released on 26 November, it is Gautham Menon's Queen trailer released today on December 5, which is stealing the show now.

It portrays the experienced Ramya Krishnan as the Jayalalitha, but the name changed to Shakthi Sheshadri, and there are other actors for the younger mother in the trailer. MX player series with more than 350+ million viewers in India is sure the best bet for Amma's biopic for all over India.

Gautham Menon should be a happy man with his Enai Noki Paayum Thota release and the Queen Trailer sending ripples across India. The trailer speaks volumes of his directorial skills in bringing the versatile Amma from her school days until her ruling days of Tamil Nadu.

He is directing along with Prasath Murugesana of Kidari movie fame, the web series for MX Player, to be telecasted from 14 December. The first season is set to have 11 episodes and depending on the response, and more will be released the grapevine doing the rounds.

The trailer is good with Gautham Menon's touch and eloquence. All the key factors known to the public are shown in the trailer. Jayalalitha was state topper in her 10th standard public exam is well portrayed in the trailer. There are even scenes with MGR shown as GMR, and the character of MGR is not suitable as Ramya Krishnan for Jayalalithaa. MX player is set to be the clear winner to increase its presence in India with Queen web series.

Queen Web Series of Ramya Krishnan as Jayalalithaa is out now