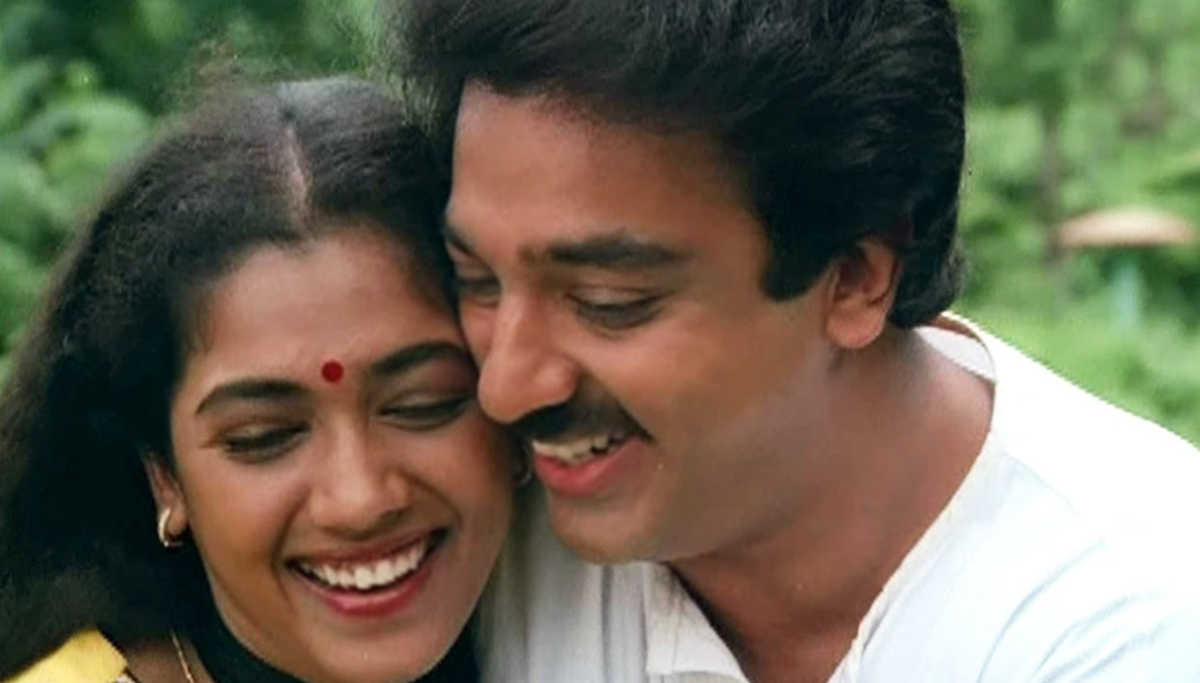 Rekha's statement about Kamal Haasan kissed her without her permission in the film Punnagai Mannan is currently being talked on the social network virally.

Punnagai Mannan has been directed by K.Balachander, starring Kamal Haasan and Rekha in 1986. Currently, kissing lip to lip is no big deal in films. But during that time, Kamal gave Rekha a lip-to-lip kiss for a song sequence in Punnagai Mannan. Rekha has said repeatedly in interviews that Kamal had kissed her without prior intimation about the scene. Rekha was just 16 during that time, and Netizens also claim that Kamal Haasan should apologize for this act.

Reka's earlier interview video about Kamal lip-to-lip kissing is now widely circulated on social networks. Before 34 years while directing Punnagai Mannan, director K.Balachander tells Rekha to close his eyes at the sight of the mountain top. When she closed her eyes, Kamal kissed her in the song "Enna Sathan Intha Neram" shoot. Rekha, a 16-year-old girl, is terrified that her father will scold her for watching this scene.

"I've said this a hundred times. They filmed the scene without me knowing the kiss scene. People ask me the same question over and over again. I'm tired of responding to that." Rekha said in a media release. She also added that the kiss helped the film to convey some of the necessary emotions.

Though the assault has been taken normally by Rekha, the netizens and social women activists like Chinmaya take it seriously from their views seeking no such behavior in the upcoming shoots. But Rekha declined the interviewers claiming that they took the kiss without my permission. But it helped the film. I don't want to talk about it right now. I am currently busy with film projects and web series. Rekha has said that I have other responsibilities.