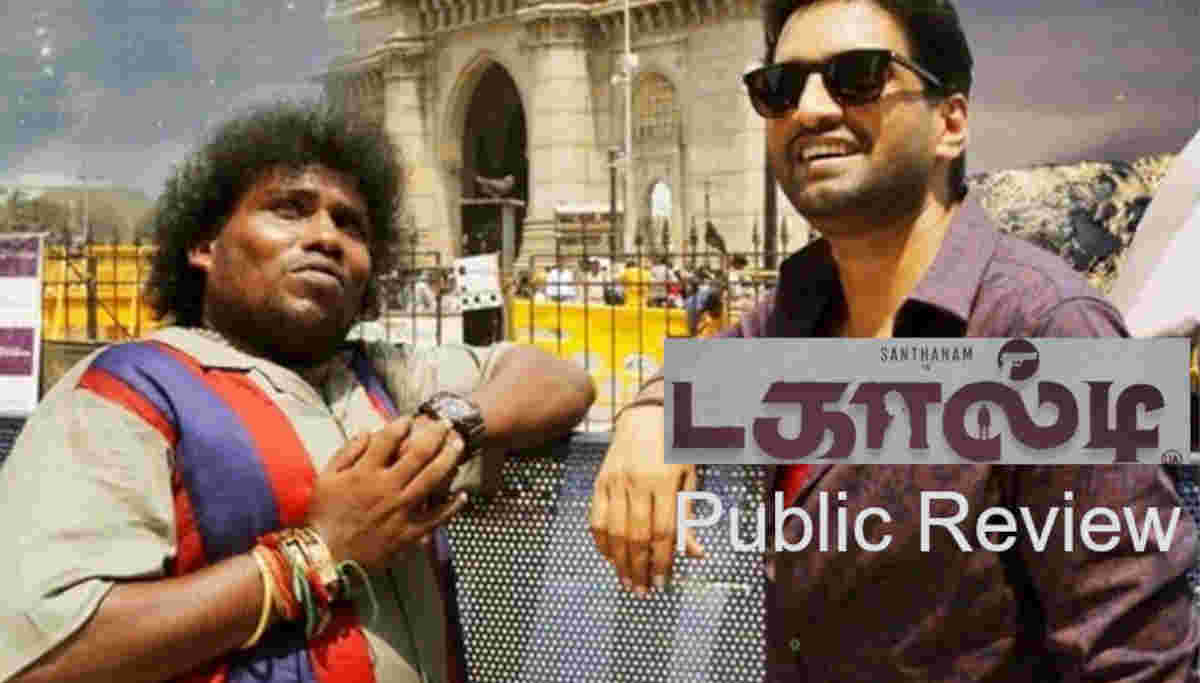 Dagaalty is a good humorous movie for Santhanam fans and a boring film for others. It is the opinion one can get during the Dagaalty FDFS public reviews. Santhanam, with so much experience and talent, could do better, is the opinion of the critics.

Santhanam has to understand that in the history of Tamil Cinema, no comedian has made it to the mass hero category. Most of them only tried and failed in that attempt. One such latest attempt of Santhanam has ended up in Dagaalty. It is said that he even had lost weight for the role, produced the movie, among others. But a little effort on the story, logic, and others could have yielded better results.

Dagaalty for Santhanam fans is funny, and for those who enjoy his punch lines also could seem to be entertainable. But only punch lines and some romance with dumb heroin all through the two hours will make anyone sleep in theaters without any sleeping tablets.

The scenes with Santhanam and Yogi Babu are sure they are not the ones to miss. And that too in the last 15 minutes of them coming together is an enjoyable experience. But Yogi Babu should stick to comedy only and not want to fight and reduce weight to become a mass hero. Who knows, maybe it is in the offing soon.

One of the public reviews about Dagaalty hit the bull's eye. He said that if nothing else better to do and spend the next two hours enjoying a few scenes of Santhanam and Yogi Babu counter punch lines, it is better to go to Dagaalty film.