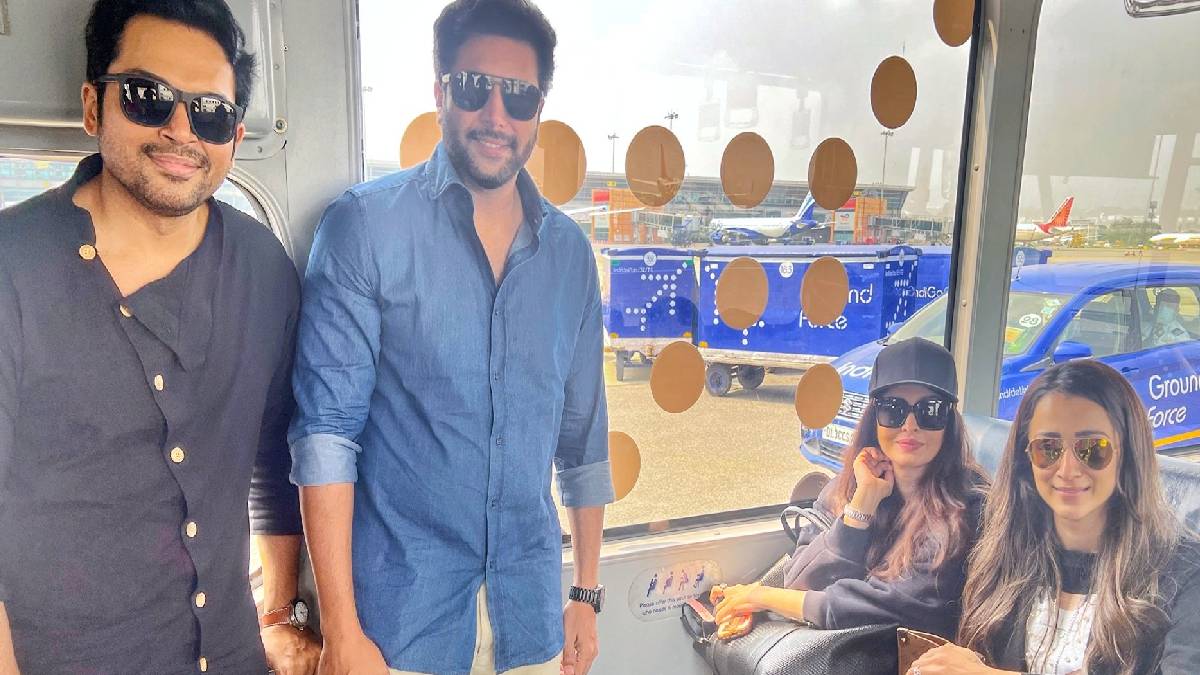 Ponniyin Selvan's promotion work is in full swing, and the movie cast and busy with their promotional work. Vikram's recent talk during his last promotion has become viral. The way he described the architectural marvel of Brihadeshwara Temple in Thanjavur, Tamil Nadu.

Like the other updates, Lyca productions have disclosed the picture of the cast, who is seen posing for a photo at Delhi airport. Director Mani Ratnam and music director AR Rahman were present at most of the press meet. The recent picture of actors Jayam Ravi, Karthi, Aishwarya Rai and Trisha is trending.