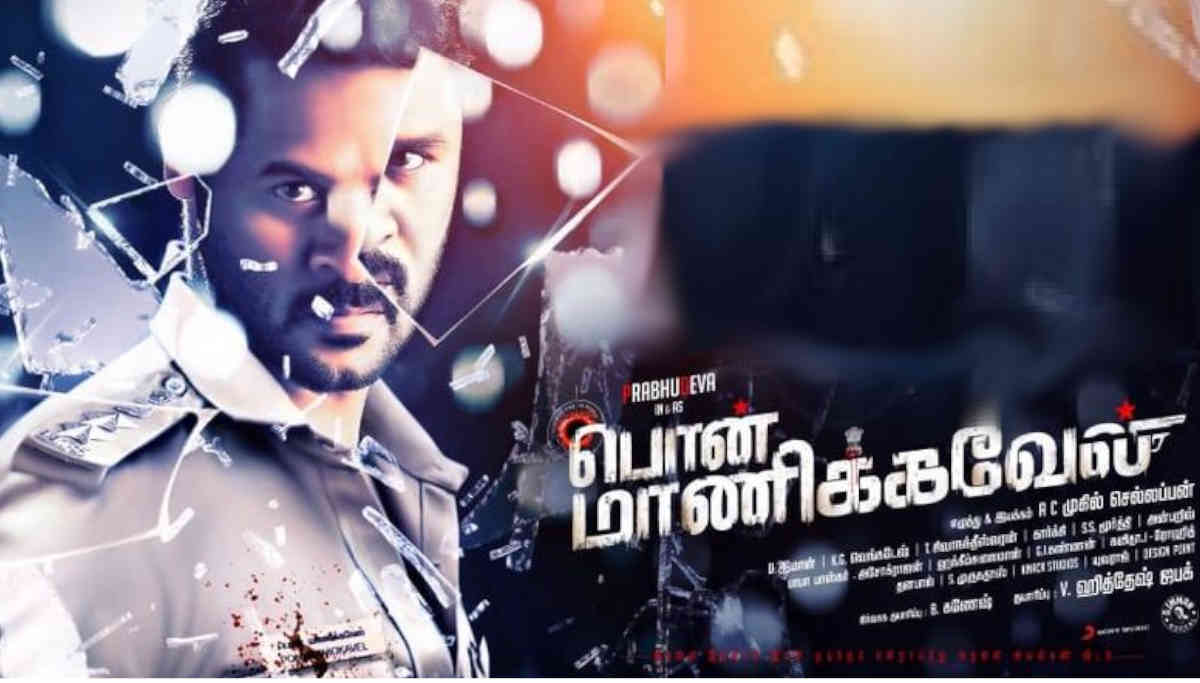 Pon Manickavel Prabhu Deva's cop flick to be released on March 6: Actor Prabhu Deva's next release, Pon Manickavel, will hit the screens on March 6. Earlier, the film was due to release on 28 February 2020 but was postponed. Last year Prabhu Deva directed the popular Bollywood movie Dabaang 3 starring Salman Khan, which was the third installment of the Dabaang movie series. He is also directing the actor's next flick named Radhe based on Korean movies.

In Pon Manickavel, Prabhu Deva will be seen playing a cop for the first time. It also stars Nivetha Pethuraj in the lead role along with filmmaker Mahendran and Suresh Menon in pivotal roles. D. Imman composes the music. Produced by Hitesh Jhabak and Nemichand Jhabak's Jhabak Movies banner and directed by 'Kanden' fame director AC Mugil Chellappan. The excitement for Prabhu Deva's fans was increased to see their favorite actor as a Cop with showcasing his muscles.

The official teaser of the movie was released last year by the actor-cumâ€“ director Prabhu Deva on his social media account. It would indeed be a treat for his fans to see him as a cop in big screens. It was speculated to be based on retired IPS officer Pon Manickavel, but the makers haven't confirmed it. The official trailer of the movie was released on February 21, 2020, and was scheduled to be released on 28 February 2020, but due to some reasons, it was postponed to March 6.

Prabhu Deva recently appeared on screen through Street Dancer 3D, directed by Remo D' Souza starring Varun Dhawan, Shraddha Kapoor, and Nora Fatehi. The director has also recreated the icon number of Prabhu Deva's hit song "Muqabala Muqabala." The duo Prabhu Deva and Remo D' Souza have earlier worked in movies ABCD and ABCD2 directed. This is their third collaboration as an actor and director. Both the movies have been commercial hits on the Box office.