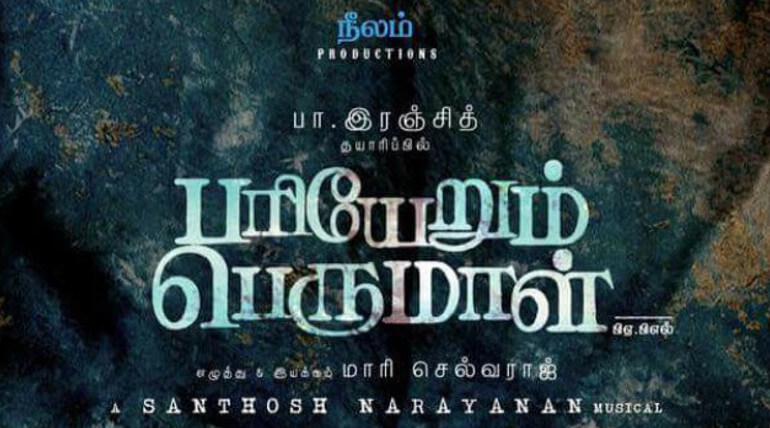 Kabali and Madras director Pa Ranjith turns producer with Pariyerum Perumal. He is bankrolling this project under the banner Neelam Productions. Maari Selvaraj is directing while Kathir and Anandhi are playing the lead role in this project.

Yogi Babu is doing supporting role and music is composed by Pa Ranjith's favourite musician Santhosh Narayanan. The first look of the film will be released by director Ram, Pa Ranjith and composer SaNa on their twitter handle today at 6 pm.

Kirumi actor Kathir who is recently seen in Vikram Vedha is busy with this project. The actor had also portrayed feminine shade guy in the film Sigai. It is directed by Jagadeesan Subu who had associated with 'Kaaka Muttai' fame Manikandan. 'Maya' and 'Oppam' musician Ron Ethan Yohann who also tunes for upcoming Naragasooran had composed music for Sigai.

Here is the first look of the movie.