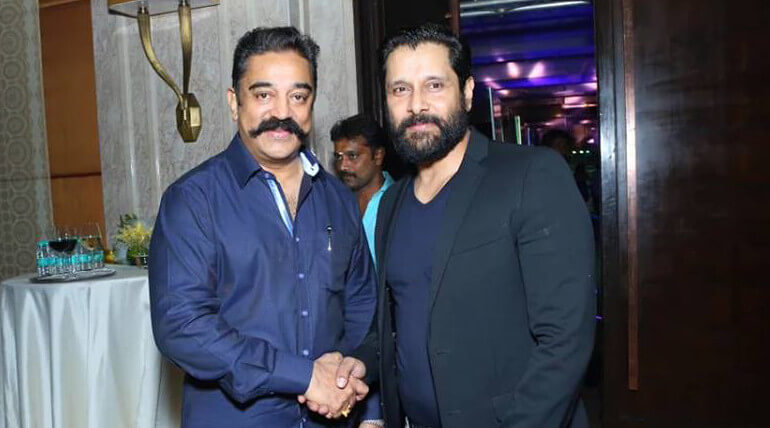 Vikram Teaming Up With Kamal Haasan

As reported earlier, it has been confirmed that Kamal Haasan and Vikram is teaming up for a project that will be directed by 'Thoogavanam' and 'Kaalaippani' director Rajesh M Selva. Akshara Haasan will be play an lead role and to be produced by her father under Raaj Kamal Films International.

Trident Arts is associating with Kamal Haasan for the production and 'Vishwaroopam 2', 'Thoogavanam', 'Papanasam' composer Ghibran will score music for it. The other casts and crew details are yet to be announced.

Director Rajesh M Selva shared "Honoured to continue my association with Raajkamal Films in such a prestigious project with the ever charming Chiyaan Vikram and @aksharahaasan1 Thanks to @tridentarts16. A very special thanks to Kamal sir for trusting my abilities.@kunal_rajan @GhibranOfficial @RKFI_Official"

Rajesh had worked with Kamal Haasan in Vishwaroopam and Uttama Villain as an actor. He had directed bi-lingual Thoongavanam in 2015 and received positive reviews and responses. His debut movie Kaalaipani is a murder mystery thriller received appreciation from media and critics.

Chiyaan is working on Saamy 2 helmed by Hari and expected to join this new untitled movie soon. His much anticipated movie Dhruva Natchathiram with Gautham Vasudev Menon is gearing up in post production works.